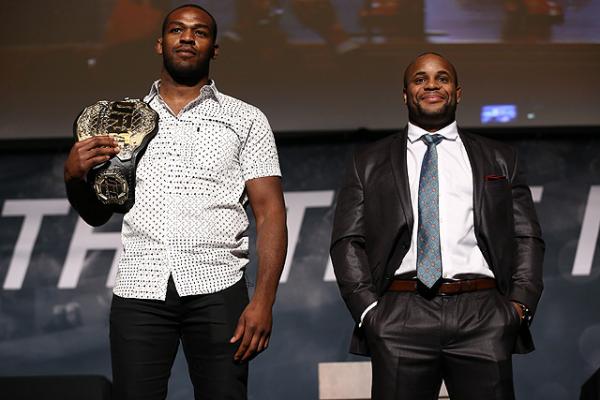 You’re in for a real treat, as Combat Press presents our Year-End Video Super Show! In this episode, staff writers Eric Reinert, Riley Kontek, Sal DeRose and Wayne Dumas will preview UFC 182, hand out our 2014 MMA awards, do our best to predict what will happen next in the world of MMA and much more!

Will unbeaten Daniel Cormier be the man to finally knock Jon Jones off the UFC’s light heavyweight throne? Or will Jones further cement his place in the pound-for-pound rankings?

Looking back at 2014, which fights and fighters were the most memorable of the year? And what’s going to happen in 2015?

We’ll answer these questions and more on this special edition of the Combat Press Year-End Video Super Show!

UFC 182 comes to us from Las Vegas on Jan. 3, 2015, with the first two preliminary fights starting on UFC Fight Pass at 7 p.m. ET. The card then moves to Fox Sports 1 at 8 p.m. ET for the remaining preliminary fights before the main card begins on pay-per-view at 10 p.m. ET.