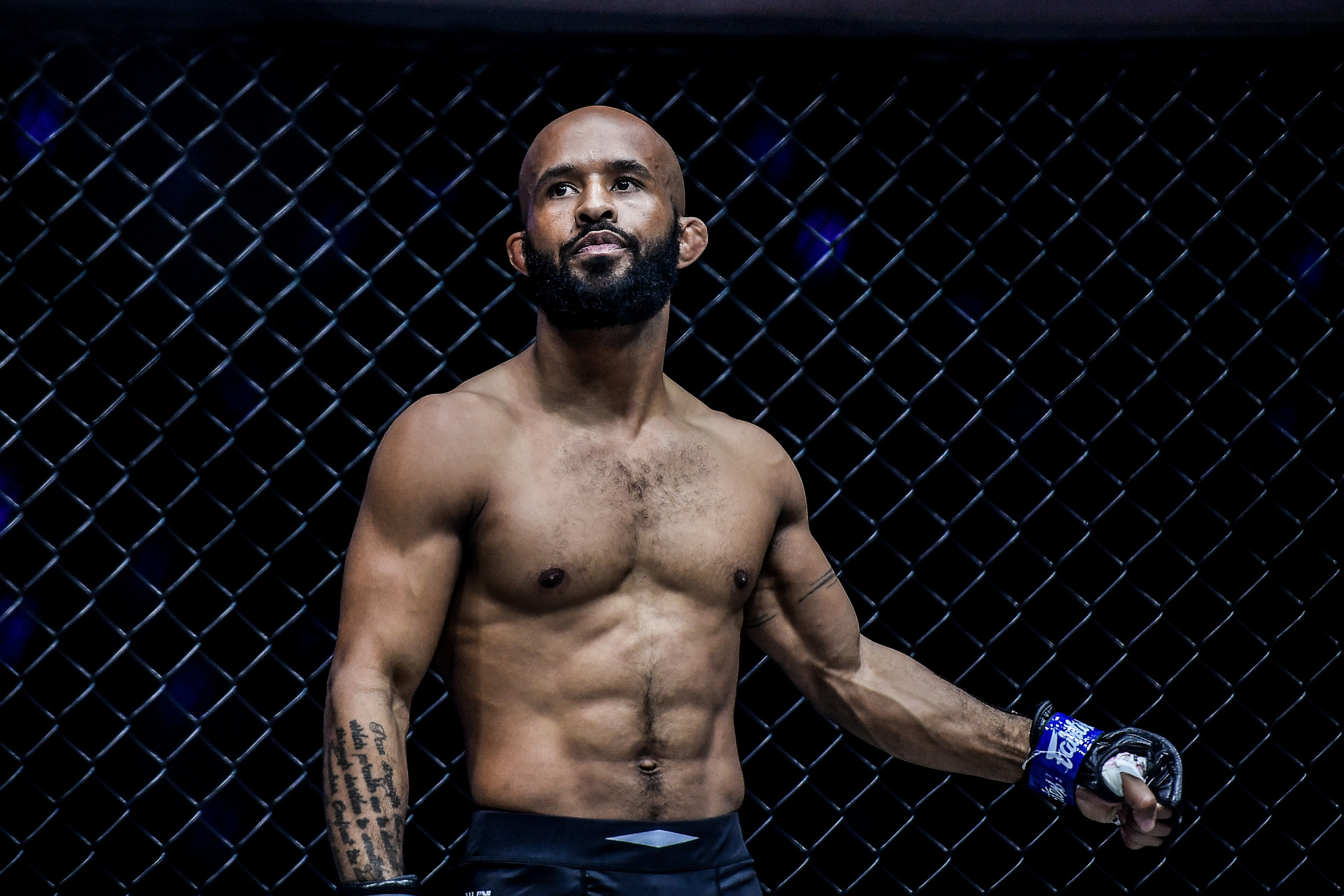 Demetrious Johnson Discusses the Flyweight Bouts at ONE 158

Johnson, widely considered to be the greatest flyweight in MMA history, is coming off a second-round submission win in his mixed-rules superfight with Rodtang Jitmuangnon at ONE X, and he is keeping a close eye on the division as he prepares to make his next move.

In the first contest, second-ranked contender Kairat Akhmetov will take on Tatsumitsu Wada, and Mighty Mouse is excited to see how it goes.

The top-ranked flyweight contender hasn’t faced former divisional king Akhmetov, but he recognizes his dangerous skills. He has, however, taken on Wada, and he notes the Japanese star’s length as a major advantage.

“No, [Akmetov and I] have never fought, but he’s been a champion before,” Johnson said. “He’s fought Adriano [Moraes] twice. It’s going to be a good fight. I think Kairat Akhmetov has a wrestling advantage. It seems like he would be able to execute the game plan.

“Yeah, I think it’s a great matchup. Wada is very long and has great boxing. I mean, he’s been in the game for a long time. I believe [he was a] DEEP Champion, so he’s got a great skill set. He’s very tough, and he’s going against Kairat Akhmetov.”

In the second flyweight showdown, fifth-ranked contender Reece McLaren will meet rising star Xie Wei in a cracking matchup of title hopefuls. Leading into the match, grappling star McLaren has switched camps to train alongside John Wayne Parr at Boonchu Gym and refine his striking.

Johnson believes the move will help the Aussie take the next step forward after many close decisions inside the Circle, and he offers McLaren advice on how to approach his fight with Chinese phenom Xie.

“I mean, I think Reece is kind of [more into] the ground game,” said Mighty Mouse. “So, I think it’d be good. Anything is going to be good for him. It’s not like he’s going to lose his jiu-jitsu. If anything, it’s going to make him better. At the end of the day, to get out that side, [to get off] the wrong end of the judges’ [scorecards] is obvious – go out there and finish your opponent. That’s easier said than done. [You need to] go for the finish and set yourself apart from the other guy you’re fighting.

“Since [Xie Wei] is on a three-fight streak, if I were Reece McLaren, I would mix it up, put him on his back, pass his guard, and look to submit him. If I’m the other gentleman, I would look to defend the takedown, use my footwork, go for a knockout shot against Reece McLaren, and punch my ticket to the next fight.”

Regardless of the results of Friday evening’s flyweight bouts, Johnson makes it clear that he remains aware of how competitive the weight class is, and he is adamant that every athlete poses some sort of danger.

“We all got fucking powers, and it’s all about what your superpowers are for,” said Johnson. “So for me, when I’m looking at the flyweight division, that’s how I feel.”