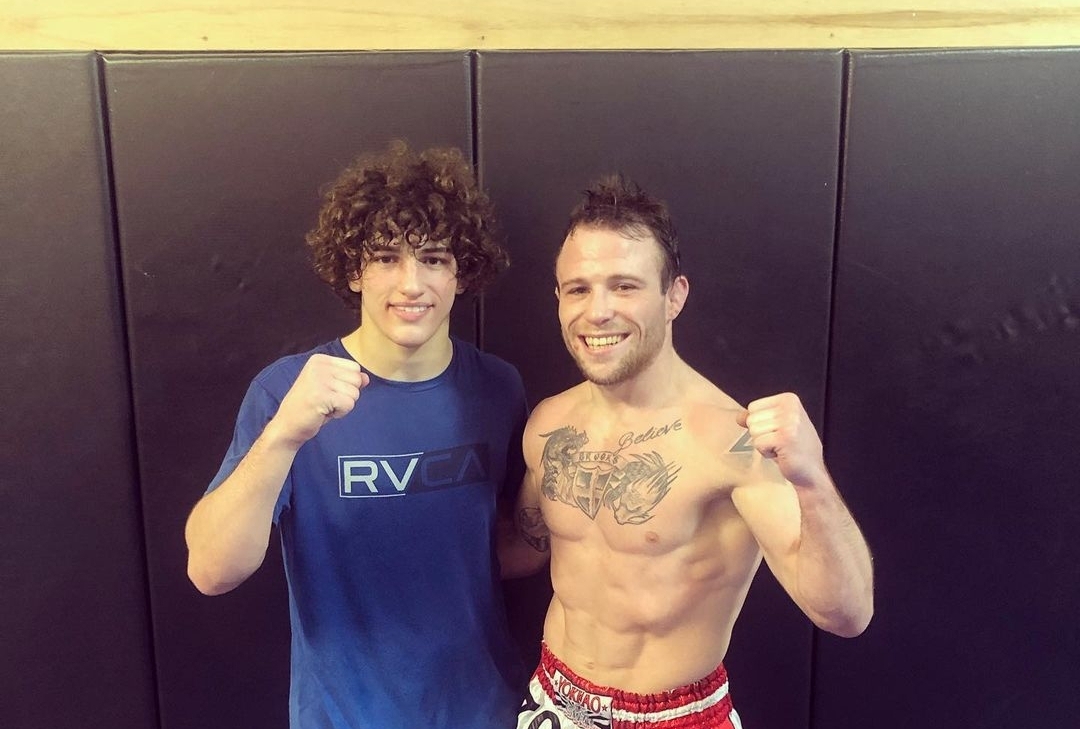 ONE Championship: NextGen 3 Preview and Predictions

The end of 2021 is closing in fast, and that leaves just three ONE Championship events scheduled for the rest of the year. The first of the three will take place this Friday in Singapore, as ONE Championship: NextGen 3 will showcase Jarred Brooks, making his promotional debut in the main event against Lito Adiwang.

ONE Championship: NextGen 3 will air live on YouTube, or through the link in the picture above, starting at 7:30 a.m. ET. Let’s take a look at the preview and predictions.

The main event is a rescheduled showdown between Jarred Brooks and Lito Adiwang in the men’s strawweight division; does Brooks pick up a win in his first fight with ONE Championship?

By definition, Jarred Brooks could be classified as a ‘journeyman’ in the sport. But that would be unfair, as a deeper look into Brooks’ career and record shows that is not the case. Brooks is a seasoned veteran, with experience in the UFC, RIZIN FF, and now ONE Championship. As it happens, he was one of few fighters to take the former UFC flyweight champion Deiveson Figueiredo to a decision, and the only one to take him to a split decision. If you have watched a Brooks fight, you’ll know that it will feature some grappling at some point, yet the fights are hardly uneventful. Now on a two-fight winning streak, Brooks looks to continue his winning ways in ONE Championship.

Lito Adiwang is, like his nickname, a “Thunder Kid”. Explosive and powerful are two qualities often missing at the lightest weight classes, but Adiwang possesses both, in abundance. Rarely do you see such frequent finishes out of a strawweight or flyweight, but Adiwang is certainly not your ordinary strawweight. Much unlike Brooks, Adiwang looks to stand in the pocket and put out your consciousness. Oversimplified, this fight is a classic striker-versus-grappler match-up.

In which case, I will go with Brooks, as I do usually favor the grappler in these match-ups. That is, unless the striker has an extensive grappling background as well. But, there are imperative factors we need to consider, such as the difference in rules between ONE Championship and other organizations. Most recently, we saw Demetrious Johnson suffer from these rule differences, which could also happen to Brooks. Regardless, I believe Jarred Brooks wins his ONE debut by unanimous decision.

A pair of hard-charging former world champions meet in the co-main event; which man comes away with a win in this bantamweight Muay Thai showdown?

It is an intriguing matchup between two extremely experienced and conditioned Muay Thai kickboxers, where both men will be looking to bounce back from their last bouts, which didn’t go their way.

Ramazanov will be looking to get back into title contention after losing his ONE bantamweight Muay Thai championship to Capitan Petchyindee. Despite the setback, Ramazanov is only 26 years old, and remains one of the more unique fighters in the division.

Pongsiri is in a similar boat, on his way to return to the winning track. For someone with nearly 200 Muay Thai fights, you would think that the motivation is down compared to his younger days, but that is not the case for Pongsiri. Having already challenged for the ONE featherweight Muay Thai title, Pongsiri now looks to get on the fast track to make it to the bantamweight title by defeating Ramazanov.

Ramazanov’s last fight against Capitan showed the blueprint on how to defeat Ramazanov. Unrelenting pressure and devastating leg kicks ultimately led to a second round finish, and Pongsiri has the abilities to exactly recreate the fight. Ramazanov still has a bright future in the bantamweight division, but Pongsiri’s experience and style will help significantly in this matchup.

BJJ world champion Alex Silva takes on Wushu world champion Rene Catalan in a strawweight fight; how does this one play out with the clash of styles?

This is one of those aforementioned striker-versus-grappler match-ups. And, again, I must go with the grappler, but it is not simply because the grappler is more likely to win against the striker.

Where both men’s careers are at, I cannot say I favor Catalan in this matchup. Catalan is coming off of two tough losses, and, while his last loss was against one of the best prospects in the world, it was one of the most brutal knockouts we have ever seen. At 42 years of age, the question of whether or not he can bounce back from such a loss better than before is hard to answer with a yes.

Silva has had ups and downs in his career as well, but even in his losses, he’s been far more competitive than Catalan. He came, arguably, the closest in recent memory to defeat the current ONE strawweight Champion Joshua Pacio, and though Silva is not significantly younger than Catalan, he seems to be suffering from the effects of his age a lot less.

My pick is Silva.

This one is easy. Pieter Buist vs. Ruslan Emilbek.

Buist seemed nearly unbeatable until his most recent fight, when he lost for the first time since 2016 against Timofey Nastyukhin. Now he’s had a year off, and will be coming back against Ruslan Emilbek.

Interestingly enough, Emilbek was knocked out for the first time in his career in his last time out against Yoshiki Nakahara. Though Emilbek had the height and reach advantages, he seemed to be ineffective against the shorter Nakahara. It will be interesting to see how he deals with a much different, six-feet-two-inch tall Buist, which I can only feel will be a difficult task for Emilbek.