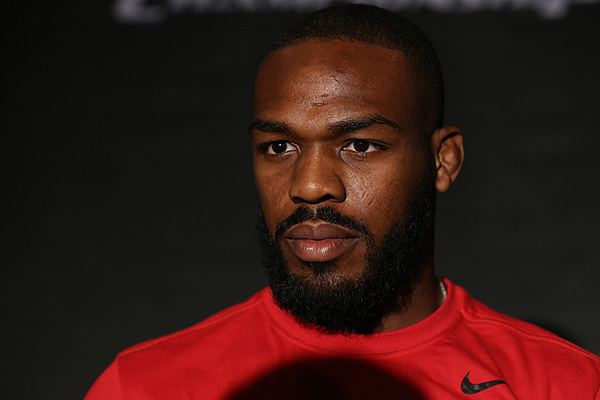 Toughness and IQ are two of the most underrated traits in all of sports.

Too often, trainers, coaches, athletes, organizations, media and fans focus on athleticism. Explosiveness, quickness, physical strength, power and agility are instantly recognizable, so it makes sense that people attached to the various sports place a high value on such things. Of more importance is the fact that, in most sports, if you don’t have a certain level of ability, then you can’t stay on the floor, field or in the ring at the highest levels.

The second thing that people focus on, surprisingly, is skill. Skill is often not as highly appreciated, because if you don’t have a base level of ability, no amount of skill will allow you to succeed. What it does is maximize the physical tools you have, especially if you’re an elite athlete like Jon Jones, Lebron James, Usain Bolt, Serena Williams, Ronda Rousey, et cetera. Even if an athlete is lacking in key areas, whether it be seasoning, refinement, diversity or depth, a lack of skills can be managed by placing an athlete in a particular system that limits the opportunities where they will be put in positions that expose their limitations and provides a few quick avenues to escape or counter those positions.

Often times when people point to a loss, the lack of cage IQ and/or toughness is rarely referred to as the main reason for the setback. However, cage IQ and durability are two of the most important traits seen in all the truly great fighters. Look at the aforementioned Jon Jones, or Miesha Tate, Fedor Emelianenko, Conor McGregor, José Aldo, Joanna Jędrzejczyk and Dominick Cruz. It’s even more important for fighters who lack elite athletic talent, such as Tate, Cruz and Ricardo Lamas. It enables them to compete on even terms, more or less, and take advantage of the holes an elite talent has, whether it be discipline, attention to detail, or situational awareness.

Let’s define toughness first and look at how it makes a difference.

Toughness can be physical or mental, but it’s usually a combination of both. It is best described as the ability to absorb and fight through a lot of duress or punishment. This can come from being forced to fight at a pace you don’t want, fighting out of bad positions, or facing an opponent you can’t slow or create a huge gap of distance against. It takes mental toughness to overcome a situation where an opponent may not be doing physical harm to you, but is threatening your confidence, willpower and mental stability. Your ability to regain your bearings, to push harder, or to not accept bad spots or bad situations is what shows you have mental toughness. Guys who lack these things can pitch but they can’t catch — in other words, they are fighters who are fine when things are going smoothly, but who fall apart the minute they face any real resistance. If you can’t take the pressure or abuse and make adjustments, then you can’t make a fight competitive — you can’t win. You can’t show high fight IQ unless you’re tough enough to survive the spots that would make the majority of fighters quit.

An example of a fighter who wins as a result of mental toughness would be the aforementioned Jones. He had dominated almost every fighter on his way to the championship and beyond, but in three fights — one with Alexander Gustafsson and two with Daniel Cormier — when he couldn’t clearly dominate, Jones did not fold. He didn’t slow down or back up. Instead, he stayed the course. He ramped up the aggression, the physicality, the pressure and the volume. We already knew Jones could fight, but he showed that when he was on the receiving end, he could and would fight back.

On the other extreme, we have Brock Lesnar. He has shown some toughness, but in the biggest spot when the heat was put on him, he folded up. It wasn’t because he was knocked out cold or knocked senseless, but because he didn’t want to take anymore punishment and was overwhelmed. When he fought Shane Carwin, one of the biggest hitters in MMA history, and took big shots from Carwin, Lesnar wasn’t anywhere close to being knocked out or stunned to the point of not continuing. However, when Lesnar faced Cain Velasquez, the busy but not particularly damaging striker put him in a position to take abuse. Lesnar gave in. His body didn’t fail him, but his will to continue under duress did.

Physical toughness, meanwhile, is all about how much physical abuse you can be subjected to without folding up or getting compromised to the point that you can’t physically execute your game plan or individual techniques. These guys may be mentally tough enough to handle abuse, but they can’t absorb it without being stopped, or if they can survive being stopped, then they can’t recover to the point to where they can compete, much less win the fight they are in.

The aforementioned Tate makes for a perfect illustration of this attribute. In multiple fights, Tate has taken monster shots or damage. In her last fight against Ronda Rousey, Tate took punches on the ground, and endured knees and punches on the feet that stopped former title challengers Sara McMann, Bethe Correia and Alexis Davis. Though she didn’t win those fights, Tate wasn’t finished or stopped when Rousey was beginning to come into her own as an effective, if not extremely technical, striker.

Tate’s toughness is also on display in the manner in which she fought through injuries that had stopped other fighters. Against Georges St-Pierre, Josh Koscheck had a broken orbital and essentially was tamed for the rest of the fight. He never recovered. Tate, on the other hand, had her orbital bone shattered by the aforementioned McMann, but she was able to fight through the injury and reverse fortunes (and position) on the way to beating the Olympic silver medalist wrestler within an inch of her life on the way to a decision victory. More importantly, Tate was able to go on to win a title.

These are examples of toughness, why it matters and the difference it makes in fighters, the results they get, their standing and their success in the sport. Next week, we’ll address the importance of cage/fight IQ and how it’s connected to toughness.