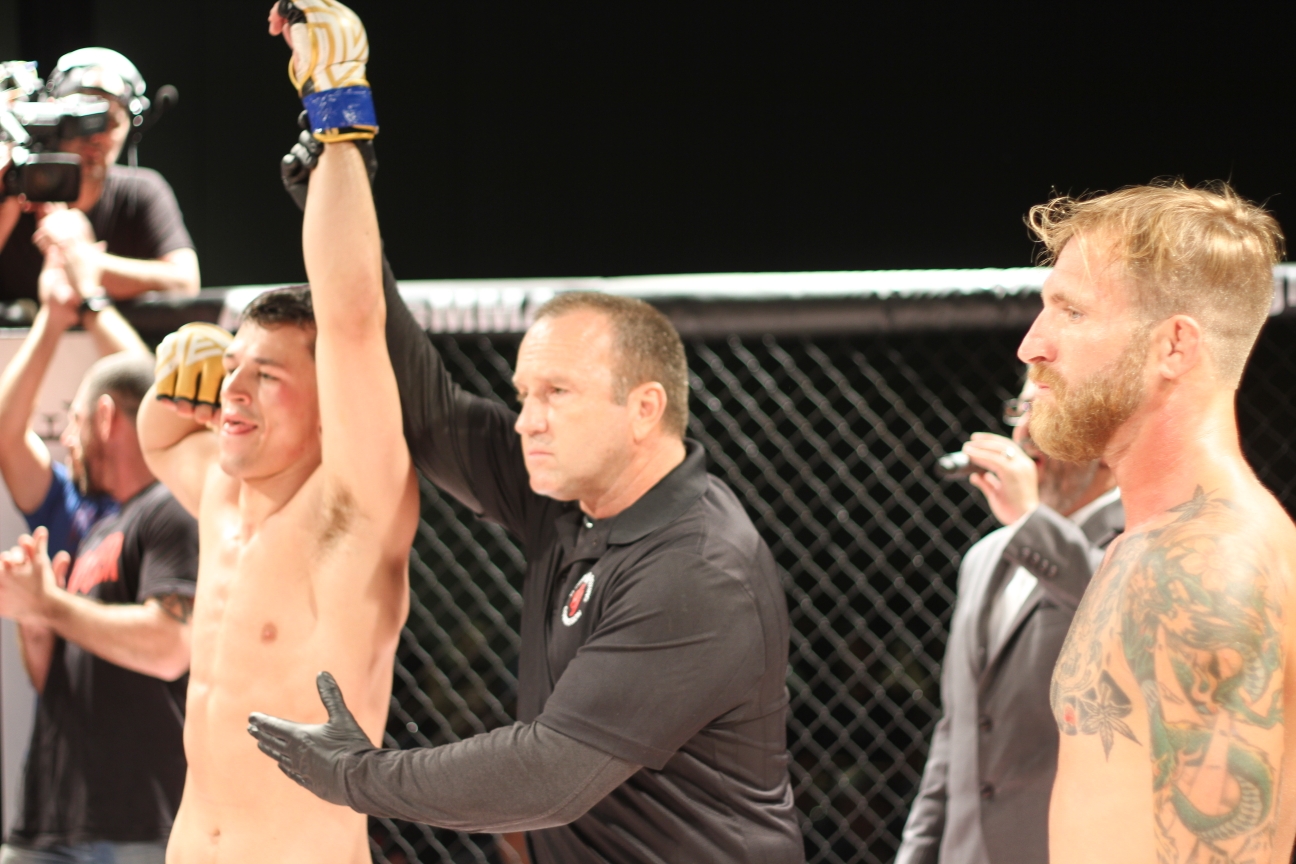 One to Watch: UFC 256 – Billy Quarantillo vs. Gavin Tucker

While lightweight and bantamweight are often heralded as the deepest divisions in the sport, the UFC featherweight roster is full of rising prospects and ever-dangerous veterans. With a stacked UFC 256 card set for tonight, both Billy Quarantillo and Gavin Tucker have an opportunity to showcase their talent and announce themselves to the fan base.

Quarantillo, a contestant on The Ultimate Fighter 22, has had a stellar year. One of the benefactors of quick-turnaround bookings, “Billy Q” has gone 2-0 in 2020 and 3-0 overall in the UFC since his signing from the Dana White’s Contender Series in 2019.

In his shot on the Contender Series, Quarantillo finished Kamuela Kirk via third-round TKO. After a rough start to the bout for the TUF alum, referee Herb Dean waved off the contest in the third frame after Quarantillo increased the pressure on Kirk with his striking.

Quarantillo’s official UFC debut came in December 2019, when he submitted Jacob Kilburn at UFC on ESPN 7. “Billy Q” had a dominant first round in which he nearly tapped Kilburn on multiple occasions with guillotine and rear-naked choke attempts. In the second stanza, Quarantillo took down Kilburn early from an attempted body kick. From there, he transitioned to an arm-triangle choke that prompted Kilburn to submit. With this victory, Quarantillo was awarded his brown belt in Brazilian Jiu-Jitsu.

“Billy Q’s” most famous moment came in his next fight, a May appearance against Spike Carlyle on UFC at ESPN+ 34. Carlyle began the fight with frantic wrestling and smothered Quarantillo. As the clapper rang to signal 10 seconds left in the round, Carlyle mistakenly turned toward his corner. With his back exposed, Quarantillo leapt at Carlyle with a left hook and dropped “The Alpha Ginger” as he strolled away. This moment became a viral sensation, but it didn’t mark the end of the contest.

The second and third rounds were equally entertaining, with Carlyle’s aggressive wrestling and cardio-based style forcing a dog fight against the more technical Quarantillo. Nevertheless, the 32-year-old native New Yorker was victorious, with a unanimous decision from his accurate striking and smooth transitions on the floor.

In his most recent fight, Quarantillo clashed with Kyle Nelson. After controlling the first two rounds, and with Nelson visibly tired, Quarantillo stopped the Canadian just seven seconds into the third frame, when a huge right hand sat Nelson down. Referee Mark Goddard intervened without the need for any extra shots, awarding Quarantillo with a brutal TKO stoppage.

Tucker, Quarantillo’s UFC 256 foe, was signed to the UFC in 2017 after going 9-0 as a professional. He went 1-1 in his first year with the company, beating Sam Sicilia in his debut and then losing to veteran Rick Glenn. After the damaging loss in which he absorbed over 100 strikes from Glenn, Tucker did not step foot in the cage for 22 months.

When he finally returned in July 2019, Tucker faced Seung Woo Choi. He dominated the first two rounds with clinch work and takedowns. After taking Choi’s back after a transitional takedown in the third round, Tucker sunk in the rear-naked choke and forced Choi to tap. This victory was Tucker’s first by stoppage in the UFC.

“G-Tuck” returned to the cage after another year’s absence to fight Justin Jaynes in August. In a tough first round, Tucker was dropped by a Jaynes uppercut. However, the Canadian showed grit and resilience to survive Jaynes’ ground attack and persist to see the end of the round. The second began with Tucker firing head kicks early. Eventually, one wobbled Jaynes, and Tucker continued his onslaught by attacking the body. It was a dominant stanza for Tucker through sustained pressure on Jaynes. Jaynes looked to turn the tables as the third round started by pressuring Tucker. However, Tucker landed a knee to Jaynes’ head, which stunned him. Latching onto his neck, Tucker took Jaynes’ back and forced the third-round tapout.

In his post-fight speech, Tucker called out Quarantillo. Both athletes are young, rising and resilient featherweights. Quarantillo will look to make it four straight and remain undefeated in the Octagon. Conversely, a victory for Tucker would put him on a three-fight winning streak. Moreover, with big featherweight names sharing the card, such as Cub Swanson, Renato Moicano and Daniel Pineda, an impressive performance from either man could land them an established name soon.

The second fight on the televised preliminary card is one to watch to see who cements themselves as the next rising prospect in the UFC’s featherweight division.