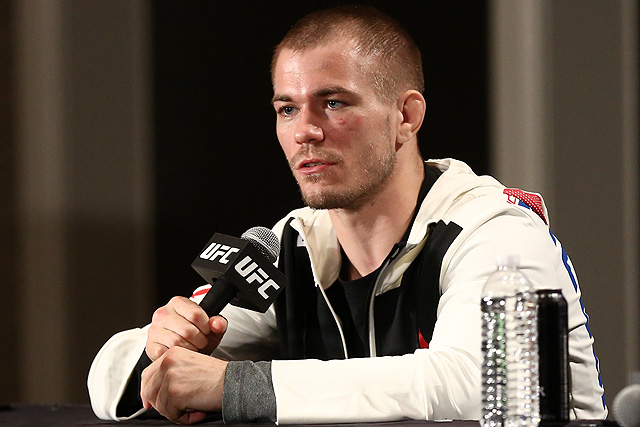 Michael McDonald and How Injuries Can Derail Any Fighter’s Momentum

Injuries are an inevitable part of an athlete’s career. This is especially true in mixed martial arts. We’ve found this out in recent years as injuries have decimated some major cards and played a part in some major storylines.

Injuries. Michael McDonald must hate that word. After all, he has suffered plenty of them. Injuries stole entire years from his career.

Before his recent battle to stay healthy, McDonald, then 23 years old, was a top bantamweight with extremely high potential. Now, two years later, it’s a much different picture.

After sitting out 2014 and 2015, McDonald finally returned to the cage in January and scored a submission win over Masanori Kanehara. It was his first action since a submission loss to Urijah Faber in December 2013. With a comeback win out of the way, a healthy McDonald, who is still just 25 years old, returned in July to face off against John Lineker.

McDonald’s performance against Lineker was nothing like we’ve seen from him in the past. It wasn’t a good, to say the least. McDonald was knocked out midway through the first round. Granted, Lineker doesn’t have pillow fists — the former flyweight hits harder than a semi-truck barreling down the freeway — but McDonald’s performance as a whole was off.

We can attribute the loss to various factors. Maybe McDonald needs to go to a bigger camp and get some high-level sparring partners. Maybe it was just a hiccup after McDonald’s previous win over Kanehara. Or, maybe, the injuries and the time off significantly hurt McDonald.

This isn’t just an isolated case with McDonald. Other fighters have suffered the same fate after a long layoff. Take, for instance, heavyweight Alexey Oleinik. Before his injuries, Oleinik was on an 11-fight winning streak and had won his first two UFC bouts against Anthony Hamilton and Jared Rosholt. In a thin heavyweight division, this could have led to a quick leap to the top tier, but injuries derailed Oleinik. His fight at UFC Fight Night 91, which marked his first appearance in nearly two years, was anything but a good showing. Oleinik had a couple of attempts to put away Daniel Omielańczuk , but ultimately didn’t put in a good enough performance in his return. Now, instead of continuing his climb into contender status, Oleinik is coming off a majority decision loss and his tenure with the promotion could be in jeopardy.

Injuries are inevitable, but they are incredible momentum killers, as these recent examples have shown. It’s rare that any fighter can come back from a long layoff and fight at the high level they previously fought at and continue their trend upwards. There is a grace period where they aren’t used to being inside the cage and moving like they once did. The only genuine example to emerge successfully from a two-year layoff would be current UFC bantamweight champion Dominick Cruz. The oft-injured Cruz returned from multiple knee injuries to reclaim the title that he never actually lost inside the cage in the first place. Cruz is a rare athlete, however. He is one of the few that can transcend the norm set by his peers.

McDonald and Oleinik have failed to follow the same path as Cruz. It has been a growing trend for fighters who take multiple years off to recover to injuries. They stumble in their first or second fight back. UFC Fight Night 91 had a couple of those fighters returning, but they won’t be the last to face this fate. Only more will come, and they’ll join McDonald in hating that cursed word. Injuries. They certain can derail a career.