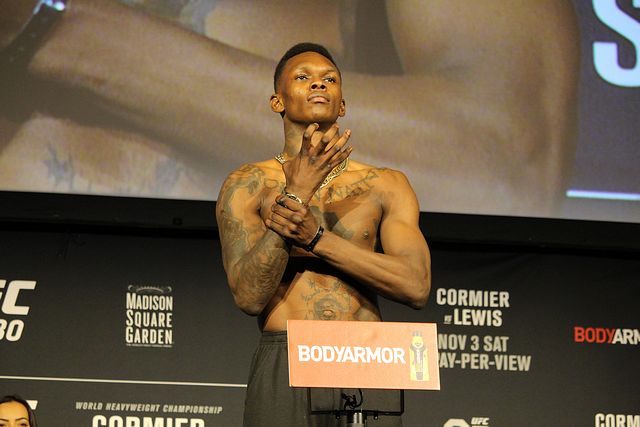 The Ultimate Fighter: Just Why?

In the days leading up to the UFC’s final card from the UFC Apex, Joe Rogan inadvertently found himself at the center of some breaking news.

On an episode of his podcast, Rogan discussed the UFC’s plan to bring back The Ultimate Fighter with guest Joe Schilling.

“Oh, they’re bringing it back by the way,” Rogan said. “Paulo Costa and Israel Adesanya. Yeah, holy shit. Tell me you’re not gonna watch that.”

UFC President Dana White had previously mentioned the company was looking at ways to resurrect TUF. Although no official date has been released, it appears the UFC is aiming at bringing back its one-time popular reality show with one of its most exciting champions and top contenders. But is it the right move?

Full disclosure, I love reality television. I also loved The Ultimate Fighter. Going back a few years (OK, maybe more than a few), one of the most common insults MMA fans tossed at one another was calling them a “TUF Noob.” It meant you weren’t all-in on MMA until the rise of The Ultimate Fighter.

Despite having a few moments of intrigue, The Ultimate Fighter is where I and countless others became truly immersed in this wild sport. The first season had all the trademark reality bits, including household drama, villainous characters — seriously, did anyone like Josh Koscheck in season 1? — and guys that you could root for to win it all. Unlike other reality shows where security guards rush in to separate the two parties, the UFC allowed its guys to settle their differences inside the Octagon.

The show became an instant hit, and, as we all know, the sport exploded in popularity following the clash between Forrest Griffin and Stephan Bonnar at the TUF finale. Season one and a handful of others that followed are brought up often in any discussion of TUF. However, the reality show that I and others once loved has become a shell of its former self.

For one, the ratings have been on a steady decline for much of TUF’s recent history. Considering the premiere episode of each season should be one of the biggest in terms of ratings, TUF failed to gain much traction during the partnership between the UFC and Fox.

A look at all TUF premieres on FS1. #UFC pic.twitter.com/O2TCKeuFBu

The writing was on the wall even before 2018, as Patrick Wyman gave a break down of how even numbers that would be considered good were a far cry from what the show used to generate.

As if tanking ratings weren’t bad enough, the show has failed to do what it initially was set up to do, which is to create stars and find future champions. With fewer fans tuning in, the interest in watching these guys’ UFC careers play out has dropped considerably. It used to be that fans could count on a handful of guys becoming UFC mainstays, but now it seems most of the fighters on the show struggle to move beyond the preliminary card.

The winner of TUF 28, Juan Francisco Espino, hasn’t competed since winning the reality show in 2018. Season 27 winners Michael Trizano and Brad Katona have gone a combined 2-3 since winning their respective divisions on the show. Nicco Montaño won season 26 (and the UFC’s inaugural women’s flyweight title), but she was stripped of the belt before ever defending it. She also hasn’t competed in nearly a year, but is scheduled to fight later this summer. Season 26 saw the return of previous contestants and featured a poetic ending, with Jesse Taylor redeeming himself from his previous stint by defeating Dhiego Lima at the TUF 26 Finale. However, Taylor was flagged by the USADA for an out-of-competition test failure, resulting in a year-long suspension and a subsequent pink slip from the UFC.

As the show’s quality continued to dip, the UFC found other avenues to help fill out the roster, such as Dana White: Lookin’ for a Fight and Dana White’s Tuesday Night Contender Series. The Contender Series quickly became an MMA fan-favorite. It removed all of the reality drama from TUF and simply focused on what fans come to see, the fights.

Despite other competing shows within its own network of offerings, the UFC has at least tried to be innovative with TUF. We’ve seen seasons featuring undefeated fighters (season 27), YouTube sensations (Kimbo Slice), live episodes (season 15), MMA gym battles (American Top Team vs. The Blackzilians), and even the crowning a new world champion (season 26). These themes were met with varying levels of success, and while commendable that the UFC would try something new, it’s ultimately proven to be a failure in terms of rejuvenating interest in The Ultimate Fighter.

The decline in fighter quality and ratings are just a few measurables fans will look at when deciding to poo-poo another season of TUF. However, one thing that can’t be overlooked is the fact that the UFC is effectively shelving one of its most exciting champions for a considerable amount of time. The UFC has struggled to produce superstars in recent years and is becoming embroiled in a controversy with perhaps its current biggest star outside of Conor McGregor. Along with the public war of words between the promotion and Jon Jones, the company also struggled to book popular BMF champ Jorge Masvidal prior to him stepping up as a late replacement for the UFC 251 headliner.

Now, the company will be putting perhaps its next biggest star, Adesanya, on hold to film a reality show that fans have been asking to let die for years. Maybe the UFC is hoping the fans will forget the bad taste left in their mouth from Adesanya’s last title defense, a less-than-spectacular win over Yoel Romero. Maybe the company wants to help establish Costa as a contender in hopes the two generate enough drama to make their fight a blockbuster event. Maybe this new season will blow others away, since it’ll be the first one to come after the UFC signed its deal with ESPN.

However, with plenty of other shows available to capture regional prospects, is it really the best use of company resources and time to put this together? Given the perpetual decline of the show, it doesn’t appear so, but The Ultimate Fighter‘s legacy for the promotion is such that I find it hard to believe White will let it fade away to obscurity. Let’s just hope the new season isn’t as painful to watch as the recent ones that preceded it.