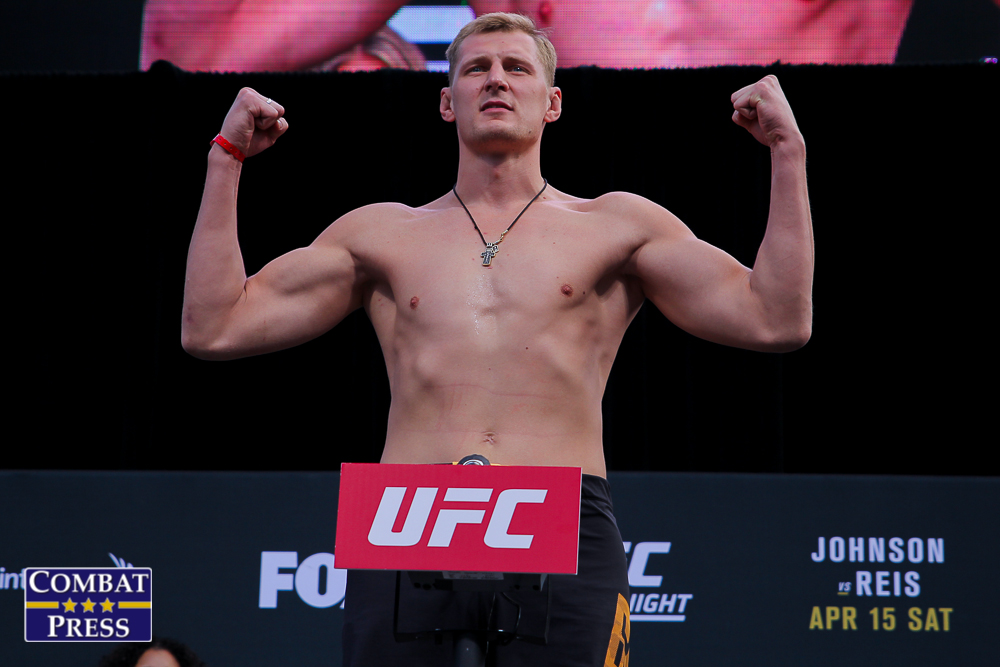 On Saturday, March 17, the UFC returned to the O2 Arena in London, England, for UFC Fight Night 127: Werdum vs. Volkov.

The main event featured perennial top-five heavyweight Fabricio Werdum against the surging Alexander Volkov. Werdum had won three out of his last four fights. The Brazilian seemed primed to finally receive a rematch with Stipe Miocic for the UFC heavyweight title, but only if he got past Volkov. This was not an easy task. The Russian was undefeated in his three-fight UFC career, with wins over the likes of Roy Nelson and Stefan Struve. Volkov was also a former Bellator heavyweight champion, so he was definitely more than just a stepping stone for Werdum to finally receive another title shot. In the fourth round, Volkov poured on the heat and stopped the Brazilian by knockout.

The co-headliner was an actual rematch. Jimi Manuwa and Jan Błachowicz ran it back from their first meeting in 2015. Manuwa was coming off a first-round knockout loss to former light heavyweight title contender Volkan Oezdemir, but he was still very much in the mix in the title conversation for a shallow 205-pound division. Manuwa edged out Błachowicz on the scorecards in their first meeting, but Błachowicz took the decision on Saturday night.