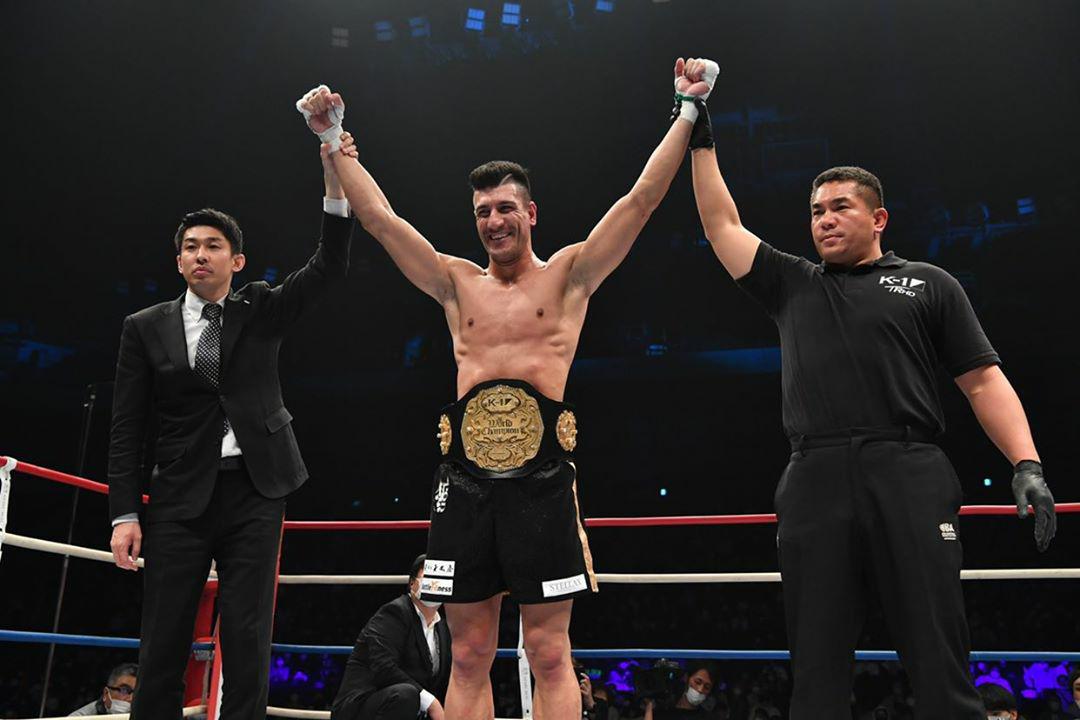 Sina Karimian is a rising star in the world of kickboxing. It would not be a surprise if you have never heard of him, as he only started his professional career three years ago. However, with a promising record of 11 wins and just one loss, he has the base to become a big name in this sport.

His lack of experience in the professional ring is not a problem for Karimian, who has already become the K-1 cruiserweight champion and has more than 150,000 followers on his Instagram page.

Ramadan Mubarak, Sina! Are you fasting?

Ramadan is a special month for me, and I’m fasting.

Your surname sounds Armenian. Do you have Armenian roots?

How long have you lived and trained in Japan?

When did you make your professional debut?

In my country, Iran, there are a lot of limitations, and professional fights are forbidden there, so most of my fights are amateur fights. I have more than 300 amateur fights, and the result of it is [that I am a] five-time world champion in kickboxing and Muay Thai.

You had your last fight on March 22 in Tokyo. Despite a total quarantine, K-1 decided to organize the event with 10,000 fans inside the arena.

I heard whispers about canceling the fight before the tournament. And I was determined about this fight, because I was under lot of pressure due to my hard training. After all, K-1 had made all necessary arrangements. All people were checked at the front door, and everybody used masks.

You were disappointed that we didn’t put you in our kickboxing rankings. Where would you put yourself in it?

I was born in a country with lot of limitations. All those limitations were obstacles for my progress. Maybe I am different from the fighters in the rankings in terms of the numbers of professional fights, but my ability is better than theirs. I believe in myself. Definitely, I believe, my place in the light-heavyweight ranking is number one. I can be first place in these rankings, and I can prove it to everyone who disagrees with me.

You made a post where you call for a fight with GLORY champion Artem Vakhitov. Would you agree to fight other light heavyweights from GLORY’s top 10 if the company offered you a contract?

Yes, I am ready to sign a contract with GLORY. I am a fighter, I’m the best, and I’m ready to fight with whoever in the top-10 ranking of GLORY. Definitely, I am so interested about that.

Several times, you used Badr Hari’s hashtag #theyarenotprepared. Is he your favorite fighter?

Badr is my favorite fighter. His personality and style is very similar to mine.

Would you agree to fight him if there is a possibility?

One of my biggest dreams is to fight Badr. He is a great fighter, and I have a special respect for him. He is number one, and who knows? Maybe one day my dream will come true.