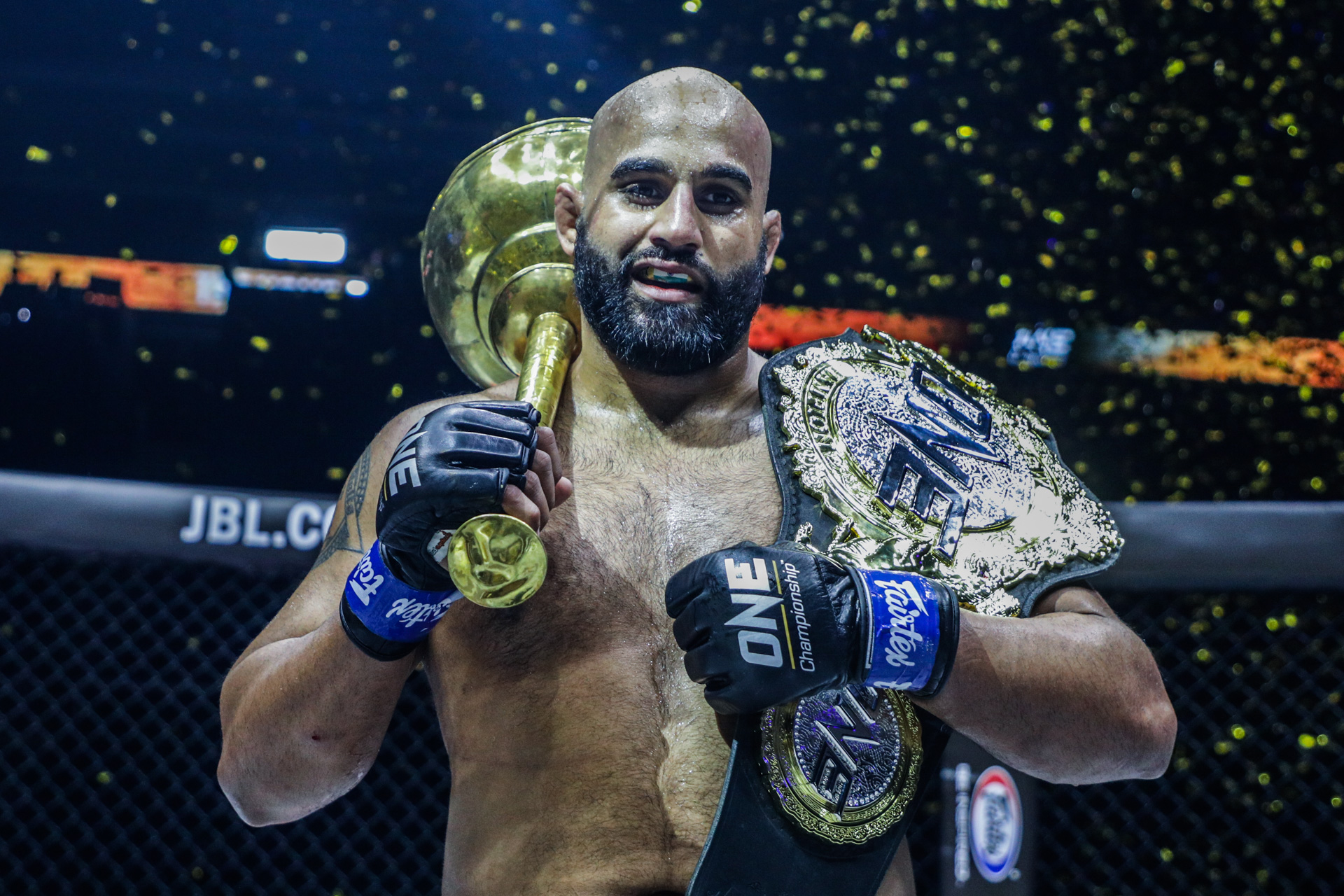 ONE interim heavyweight champion Anatoly Malykhin has repeatedly called out Arjan Bhullar over the past year, and it’s safe to say the divisional king has had enough. The two hulking talents appear to be on a collision course to determine who rules dominant over ONE Championship’s rapidly growing heavyweight division.

While Bhullar has been absent from the ONE Circle, Malykhin has risen to take the interim gold and has continually dubbed the Indian-Canadian star a “chicken” in the process. Bhullar has heard every one of those callouts and insults, yet he has also noted a significant dip in the amount of trash talk coming from his Russian rival since he said he was returning to action.

“He hasn’t posted anything since I’ve announced I was back,” Bhullar told ONE. “Check his social media. He hasn’t said a [expletive] thing. That shows you what kind of coward he really is and what he actually thinks of the situation,” Bhullar told ONE.”

Although he may be silent now, Malykhin has good reason for his level of confidence. The interim champion is unbeaten in the Circle and has a perfect 100-percent finishing rate in his career. A record like that could intimidate any man. Bhullar, on the other hand, is not deterred in any sense. The Commonwealth Games gold medalist is used to going up against the best of the best at American Kickboxing Academy, and he embraces the role of a champion who will take on all comers.

“I’m not running from anyone or anybody,” he said. “He’s delusional. And he is short with short arms and legs. He’s 5-foot-9. My arms and legs and entire body is longer than his. Clearly measured, so I don’t know what the hell that guy is talking about. He needs to get his head checked.

No date has been set for the title tilt to determine the undisputed ONE heavyweight champion, but it is clear that this rivalry is starting to heat up now that “Singh” is back in the mix.

Malykhin’s words have reached Bhullar, and he hasn’t taken kindly to them, but the professional wrestling enthusiast understands how it will help build interest in the matchup. At the end of the day, though, the reigning king plans to save his talking for when the opening bell finally rings on this highly anticipated bout.

“Anatoly has been very vocal, and I will respond to that closer to the fight and in the fight, to be quite honest,” Bhullar said.