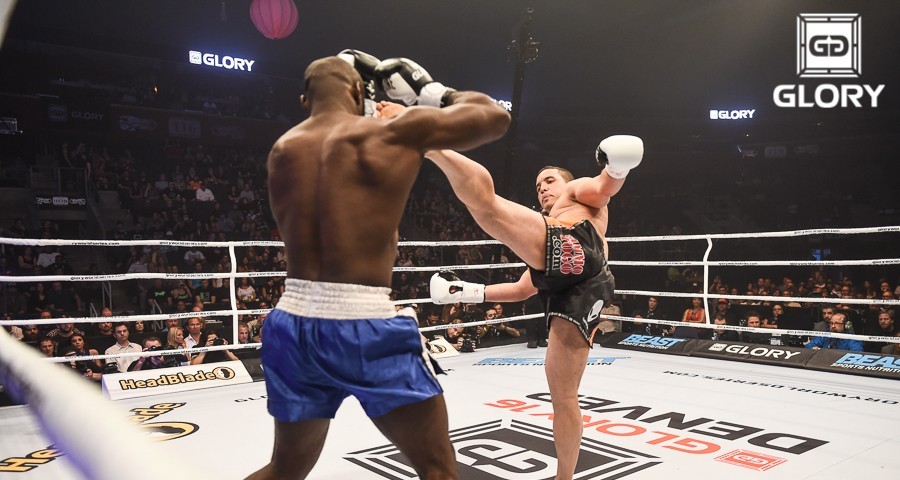 The GLORY 20 main card has taken a hit.

Combat Press has learned that heavyweight Pat Barry has suffered a hand injury in training and is out of his main card clash against Mourad Bouzidi.

Barry, who previously competed for the UFC, returned to the kickboxing ring in 2014. He made his GLORY debut at GLORY 16 in Denver, but succumbed to a first-round knockout against Zack Mwekassa. Barry rebounded from the loss in January, earning a decision win over Demoreo Dennis. The bout about Bouzidi was slated to air on the Spike TV-broadcast main card.

All is not lost for kickboxing fans, however. As a result of Barry’s injury, the GLORY main card will now feature two title fights, as well as a one-night, four-man middleweight tournament. This will mark the first time in the promotion’s history that two title bouts will be broadcast for free.

In the night’s main event, lightweight champion Robin van Roosmalen will look to defend his belt against the hard-hitting Andy Ristie. The pair met previously at GLORY 12 in late 2013, with Ristie claiming the victory via second-round knockout. Since then, both fighters crossed paths with Davit Kiria, who knocked out Ristie to earn GLORY gold, but gave up the title when he was defeated by van Roosmalen in November.

The co-main event will see the promotion crown a featherweight champion as Canada’s Gabriel Varga takes on Morocco’s Mosab Amrani.

Rounding out the main card will be the middleweight contender tournament which pits Canadian Simon Marcus against American Wayne Barrett and Dutchman Jason Wilnis against Brazilian Alex Pereira. The winner will earn a title shot against reigning champion Artem Levin.