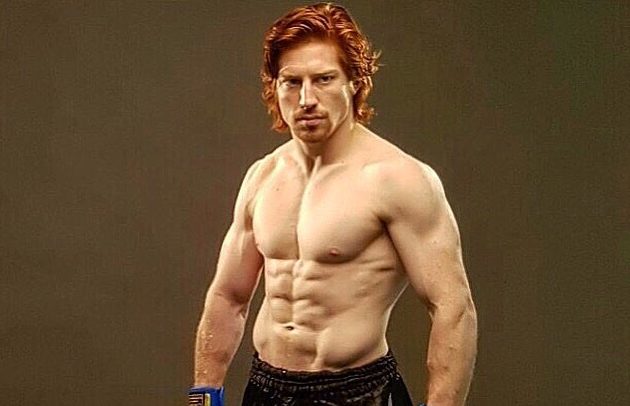 Combat is an innate part of the human condition. However, just like any other aspect of humanity, some people have a strong pull toward it while others struggle with the very idea.

Spike Carlyle grew up in San Diego, a virtual melting pot of organized religions, atheists, agnostics, and everything in between. Regardless of what anyone else’s belief is, he feels he was put on Earth for a reason.

“I came out of the womb fighting,” Carlyle told Combat Press. “I was born to do this. From a little kid, I was always physical and touchy feely. I just love to scrap, you know? I started doing a little bit of karate when I was four years old [and did it] for a couple years. I didn’t do it too much after that, but it definitely has an impact on my style. As soon as I was able to start wrestling when I was 12, I started wrestling. I wrestled for about four years and then started jiu-jitsu. When I was 15, I fell in love with Pride FC and Japanese MMA, and that’s what inspired me to become an MMA fighter.”

Carlyle, who trains out of the Treigning Lab under UFC veteran Mark Munoz in Orange County, Calif., started his MMA life with a very extensive amateur career, going 9-5 and finishing most of his wins by submission. Since turning pro almost exactly two years ago, he has gone 6-1 while finishing most of his opponents on the ground. His last appearance came in March at California Xtreme Fighting’s 17th show. Carlyle faced his most experienced opponent yet, but he was able to take the judges’ nods.

“I fought a guy who was ranked number two on Tapology — Fernando Padilla,” said the 26-year-old California native. “It was a great fight. One of the biggest takeaways was to not put on so much weight after the weigh-ins. I came in at 150 [pounds], and by fight time, I was at 175. I put on too much weight. It did impact my performance, but I was able to tough it out and get the W anyway.”

Carlyle’s success is no surprise. His entire life revolves around fighting. In his mind, all of this was no accident.

“I’m mostly inspired by my most high god and king, Jesus Christ,” Carlyle said. “My ministry is my fighting, and my fighting is my ministry. I believe what God sees in me is this sport. I’m here to bring light to a bit of a darker sport.”

There is definitely a dark side to MMA. The trash-talking. The performance-enhancing drug use. Fighters showing up in mugshots. Carlyle, on the other hand, wants to be a positive role model. He plans on carrying this right into his next fight, which takes place on Friday night in the Legacy Fighting Alliance cage.

“I took this fight on only two weeks’ notice,” said Carlyle. “I was already in camp, because I was planning on fighting for another organization in July and August, but the plans fell through. Thankfully, this kind of came together at the last moment, and I’m in shape. The weight is easy to make, because I’m fighting up at lightweight. When I start getting paid the right amount, I’ll be going to featherweight, but I can definitely make this weight, and I’m happy to have a game opponent.”

That opponent is Matthew Colquhoun, who fights out of Dragon House MMA in San Francisco. Colquhoun will have a big size advantage against the 5-foot-7 Carlyle.

“He’s a 6-foot-3 Jamaican, mon,” Carlyle explained. “I think his background is in sambo, so that’s interesting. I actually like fighting tall guys. I’ve been fighting tall guys my whole life, so it’s definitely a good stylistic match-up for me.

“My last two opponents were 6-feet to 6-[foot]-1. The last was actually the current WBC Muay Thai national champion for the USA. I was actually able to knock him down, and I should have finished him. I was able to use my striking and my takedowns to put it all together, and I dropped him pretty good.”

LFA 74 will mark Carlyle’s promotional debut. The event airs live on AXS TV from the Riverside Municipal Auditorium in Riverside, Calif. Fans will certainly want to tune in to see him. If you need more convincing as to why you should watch, Carlyle is happy to help.

“Explosion, action-packed, and definitely not your average fighter,” Carlyle said of his style. “I’m very creative and freestyle, and I just have a fun time and put on a show. I always come out as a different character. My last fight, I came out as Raiden from Mortal Kombat, so I will have a different walkout and a great song I’m coming out to. Definitely be prepared to be entertained.”