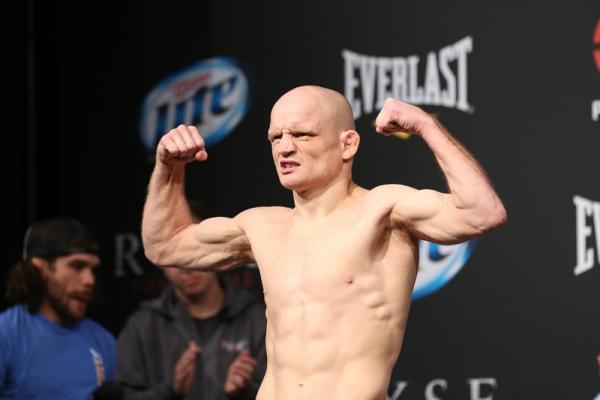 This weekend is Independence Day, but that does not mean there will be no mixed martial arts action. Tonight, Resurrection Fighting Alliance will be live, for the first time, in Boise, Idaho. The main event features RFA veteran Joe Murphy taking on Boise local Jesse Brock.

For Brock, fighting in Boise is nothing new. He wrestled at Boise State University and has fought countless times for the local fans. Brock is also a teammate of UFC and World Extreme Cagefighting veteran Scott Jorgensen.

Brock feels that this is an opportunity to showcase what the community of Boise and the state of Idaho as a whole has to bring to the sport. He is looking to put his name on the small list of stars that claim Boise as home. That’s a list that includes Jorgensen and first-ever UFC lightweight champion Jens Pulver.

“I think people know. Scott has obviously done big things for the community just being from Boise,” Brock told Combat Press. “I definitely think it is going to enhance the reputation. They are going to see that there is more than just Scott out here. Boise has got a lot of strong fighters and strong teams here. I feel that Idaho, at least in the western states, has just as much, if not more, talent than a lot of these places. It’s obviously cool that we get a nationally televised event here in the state. We’ll get a lot of eyeballs on the talent that this state has. Hopefully, we all get to perform well.”

Brock last fought six weeks ago, but he doesn’t count that as a disadvantage. He feels that to get to the big shows a fighter has to be willing to fight whenever the call comes in.

“I try to be [ready],” he said. “If you are in the higher levels, you sometimes have the luxury of saying no. I feel that I don’t have that luxury. I am trying to get to those higher levels, so sometimes you just have to be ready to fill in. And you never know when the opportunity is coming, so I stay in shape. Fortunately, I run a gym here in town, so it kind of requires me to be there a lot. So if I am not training, I am teaching, which keeps me on the mats and keeps me thinking about fighting. My job definitely helps me stay ready.”

For the city of Boise and the state of Idaho as a whole, tonight may well be a major showcase of the talent that the state is producing.

“I imagine it means a lot,” said Brock. “I have not been able to talk to too many people. The community here is excited. We have a lot of talent. There is a lot here just in our gym. Then you go to the surrounding gyms [and] there are guys that have a lot of ability. This helps them get a little exposure and get other opportunities. I am happy to kind of spearhead that.”

Brock has had the opportunity to follow in the footsteps and see his good friend Jorgensen succeed in the higher levels of mixed martial arts. He feels that with this blueprint in hand, a call to the big show is just around the corner.

“It definitely has given me a lot of confidence,” Brock admitted. “He has kind of been my measuring stick for a long time, competing in the same weight class for a long time, up until recently when he went down to 125 pounds. Now he is back up to bantamweight. I knew if I could do well with Scott in the gym, I could do well with other guys. Obviously, there is a difference on how you perform in the gym and how you perform in a fight, but it definitely gives you a frame of reference.”

Tonight, Brock looks to get a frame of reference when it comes to trying to get to the big show. He takes on a very well-rounded Joe Murphy, whose record currently sits at 8-2.

“It can be tough finding fights here locally. I have been fighting locally, and it is difficult getting guys to come to Idaho to fight. But with a show like a RFA, it is definitely more attractive. Joe is tough, I know that,” said Brock. “I don’t think that it is not anything I have not seen before. If you look at our track records, I have definitely fought tougher guys with more experience. But that is not to say Joe is not a stud. I feel that I have fought tougher guys than Joe, but any given day a guy can have their best performance. I am just ready to go out there and prove that I belong here and belong in the upper echelon and get that call to the UFC. And if not, get a title shot in the RFA.”