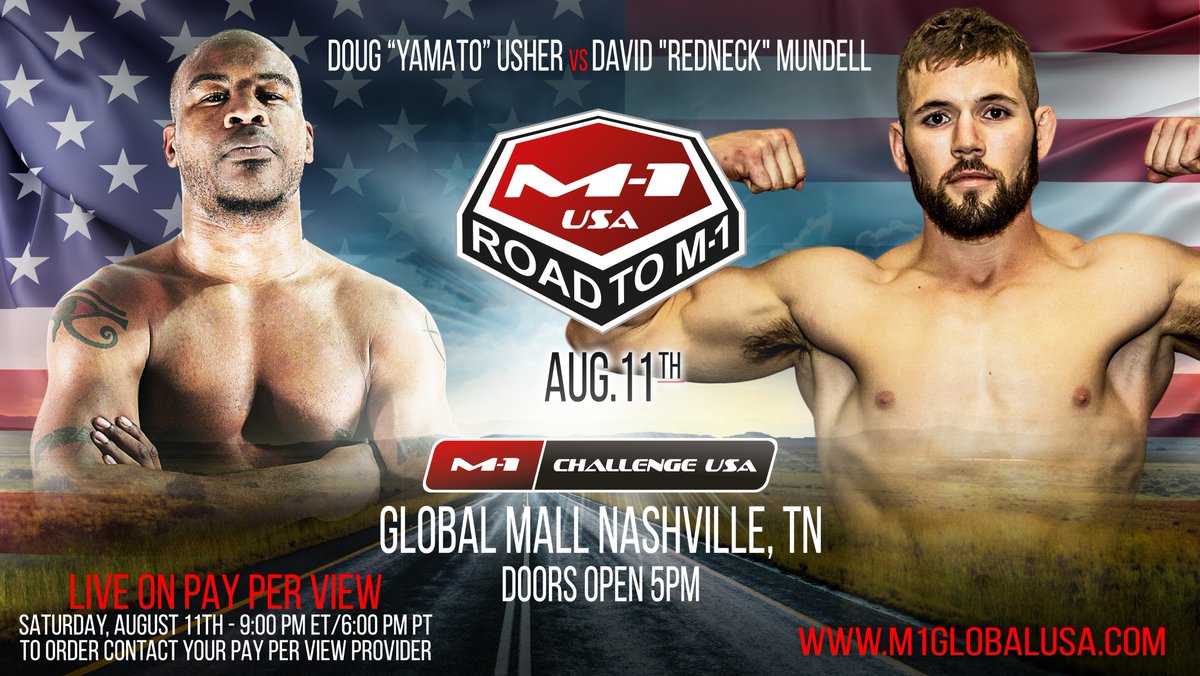 On Saturday, Aug. 11, Angel Fight Promotions and M-1 Global held an event from the Global Mall in Nashville, Tenn., for Road to M-1: USA.

The event aired live at 9 p.m. ET on Combat Press via FITE TV.