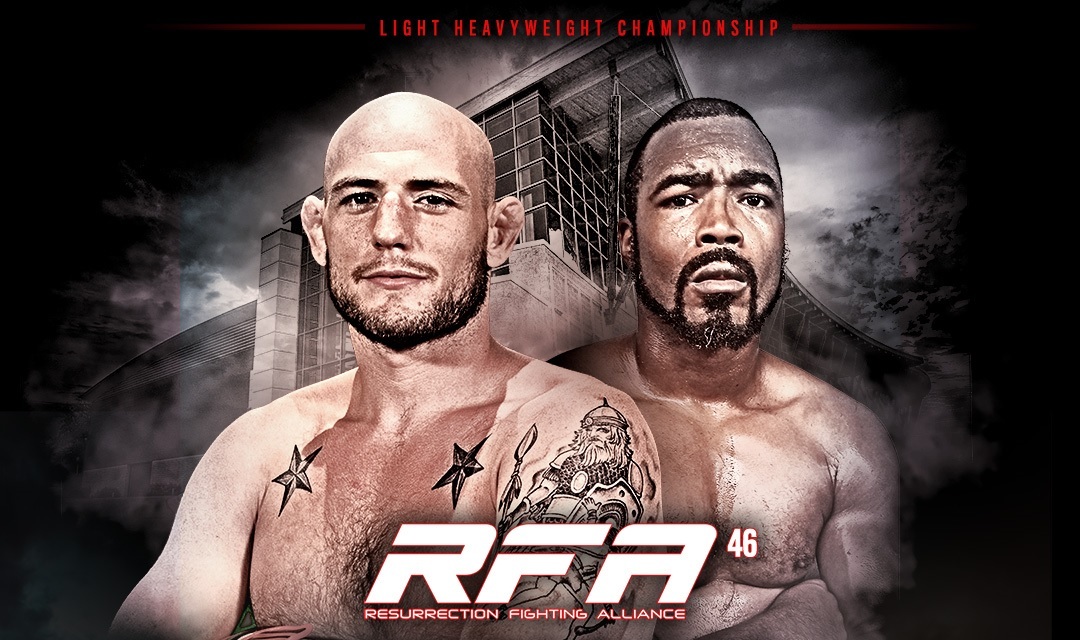 Many of the best-known MMA fighters made their bones elsewhere.

Dan Henderson and Henry Cejudo were Olympic wrestlers before transitioning to MMA. Daniel Cormier tried out for the U.S. Olympic wrestling team, too, and came away as a two-time Olympian. Ronda Rousey was an Olympic bronze medalist in judo. There are also fighters who competed in boxing before switching to MMA.

One of Resurrection Fighting Alliance’s newest fighters, LeMarcus “Freight Train” Tucker, has a different approach. His goal is to compete in boxing and MMA at the same time. He’s off to a pretty good start, too.

Tucker boasts a pro MMA record of 5-1 and a pro boxing mark of 4-1. All five of his boxing fights came in 2016. The biggest challenge?

“It was hectic training for boxing while trying to keep up with my MMA training,” Tucker told Combat Press. “I went from running two to three miles a day to running four to six miles.”

Tucker grew up playing football, basketball and competing in track, before he began training in MMA after a stint at Arkansas State University.

“I had a friend who had a[n] MMA gym and suggested I try it, and I fell in love with it,” Tucker said. “I wanted to up my game, so I started training in boxing too.

“When I first started training in MMA, I wasn’t getting any fights, so I competed in some boxing matches and I beat some top guys. I want to try and do something no one else has done by doing this at the same time.”

While competing both in both sports helps Tucker with his hand-eye coordination, cardio and to make sure he uses his hips with his movements, sometimes it’s easy for the two worlds to become blurred.

As a dual-sport competitor, Tucker has no shortage of fighters he wants to emulate. In the sport of kings, this includes legends like Muhammad Ali, Mike Tyson and Larry Holmes, whose shoulder movement during his jabs is something Tucker studies closely. In MMA, Tucker looks up to the likes of Anderson Silva and Quinton “Rampage” Jackson.

“When it comes to combat sports, I’ll even consider doing a kickboxing match,” Tucker said. “I’m down for that, but it depends on what organization I’m in. I will continue to train in boxing, but MMA will always be my first love. My ultimate goal is to make it to the UFC, and I can still do boxing when I’m older.”

Tucker trains with other fighters who are well known on the regional circuit, including the RFA’s Justin Frazier and Legacy FC’s Dave Burrow. It was through his teammates that Tucker learned about the RFA. He will have his first fight in the organization on Friday, Dec. 9, against Jordan Johnson for the vacant RFA light heavyweight title.

“Down south, people don’t know us that well, so we have to showcase our talent whenever we can,” Tucker said. “A couple of my teammates fought for RFA, and they said it was the best experience they ever had — just with the love and respect they have for fighters.”

Tucker added that “it means the world” to receive a title shot in his very first fight for the RFA. He’s “humbled and grateful for the opportunity.”

“I’m just going to let my hands go and enjoy myself,” Tucker said. He described Johnson as a “good wrestler,” before adding that he “is going to make him work.”

“If he takes me to the mat, I’m not going to worry about it,” Tucker said. “I’m just going to relax, stay calm and work to get back to my feet.”