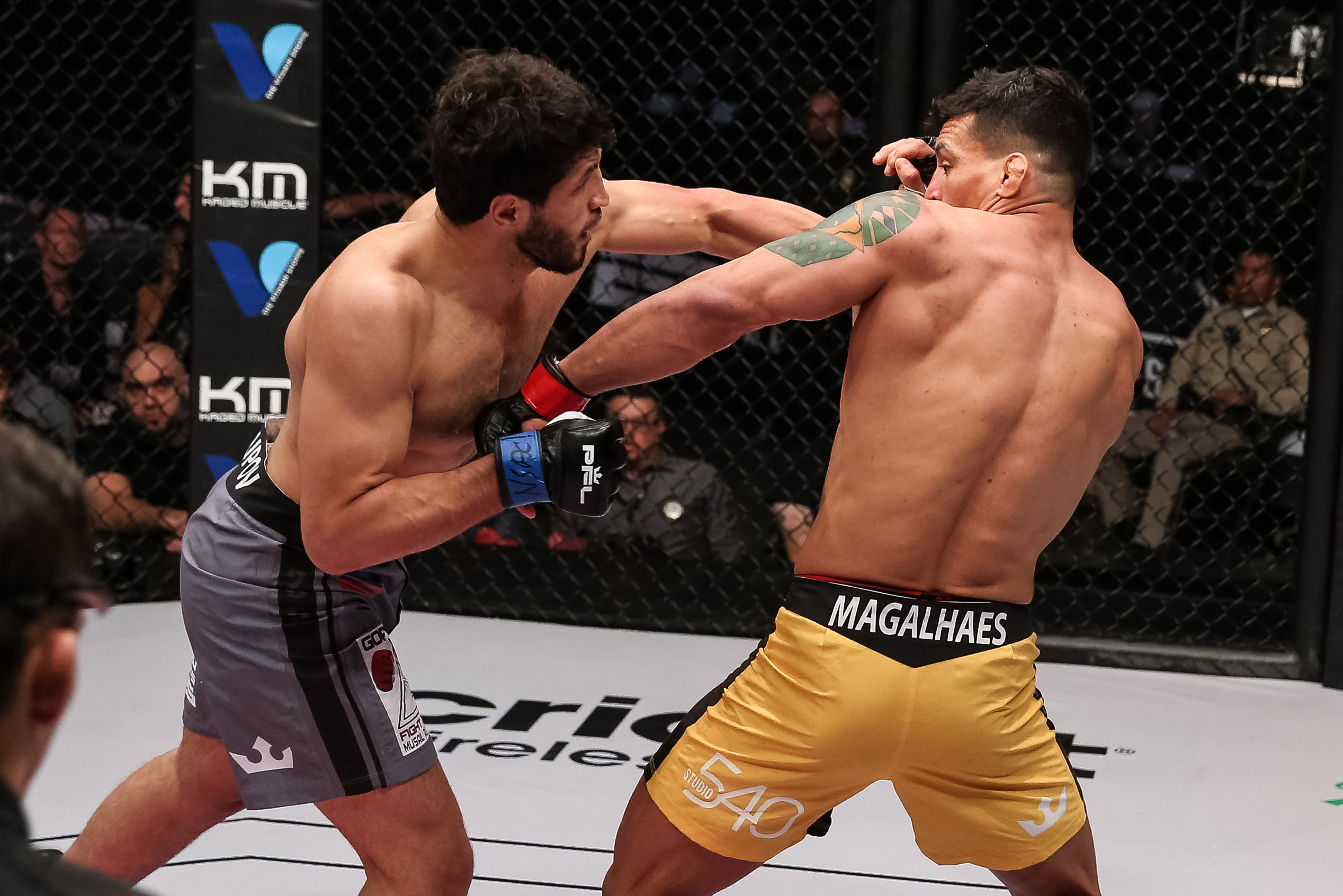 On Thursday, Oct. 31, the Professional Fighters League concluded its 2019 playoffs as eight men in the heavyweight and light heavyweight divisions took to the cage at the Mandalay Bay Events Center. First, they had to make it through a quarterfinal match-up. The fortunate few who advanced returned to the cage later in the night for the semifinals. The eventual winners secured a Dec. 31 date to compete for their division’s title and a $1 million payday.

No returning champs here. There was only one returning finalist in contention. That man is light heavyweight Vinny Magalhães. The Brazilian was joined by fellow 2018 playoff qualifiers Maxim Grishin, Bozigit Ataev and Emiliano Sordi. The other four men were making their first PFL postseason appearances. This included huge UFC acquisition Jordan Johnson, as well as Rashid Yusupov, Viktor Nemkov and Sigi Pesaleli.

The heavyweight field also included four returning fighters, but none of them advanced beyond the semifinals last season. Jared Rosholt and Alex Nicholson found the most success in 2018, but Francimar Barroso and Kelvin Tiller also qualified for the postseason. This quartet was joined by first-timers Denis Goltsov, Satoshi Ishii, Muhammed De’Reese and Ali Isaev.