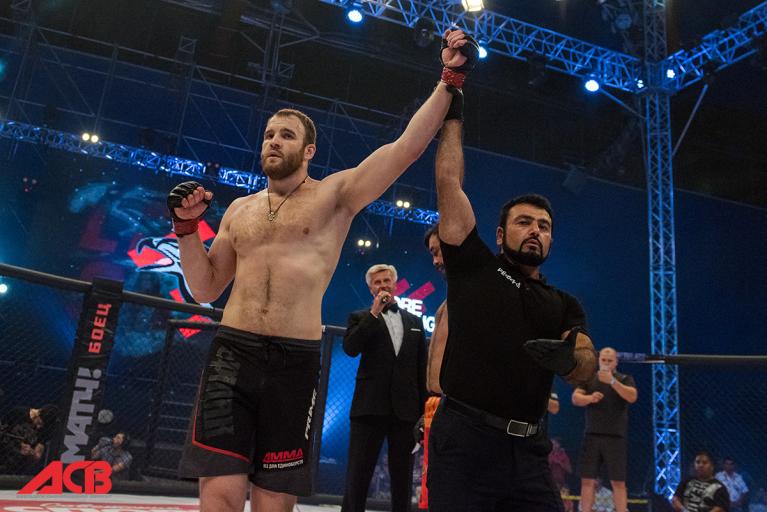 Another regular season has come to an end for the Professional Fighters League. Only two divisions were in need of finalized playoff brackets, and they took to the cage on Thursday, Aug. 8, at the PFL’s sixth show of the season. The light heavyweights and heavyweights were ready to determine their fate and move one step closer to a championship and a nice payday.

At heavyweight, the PFL brought in Satoshi Ishii and Denis Goltsov to shake things up for 2019. Both men emerged as winners in their first go-around, with Ishii slipping past Zeke Tuinei-Wily and Goltsov clobbering Jared Rosholt. Now, Ishii got his turn at Rosholt, while Goltsov had to deal with the tough Kelvin Tiller. They were joined in the heavyweight field by Ali Isaev, Francimar Barroso, Alex Nicholson, Valdrin Istrefi, Carl Seumanutafa, Mo De’Reese and Ben Edwards.

The sixth and final event of the PFL’s 2019 regular season also featured a showcase fight for Umar Nurmagomedov. The bantamweight fighter took on Sidemar Honorio.