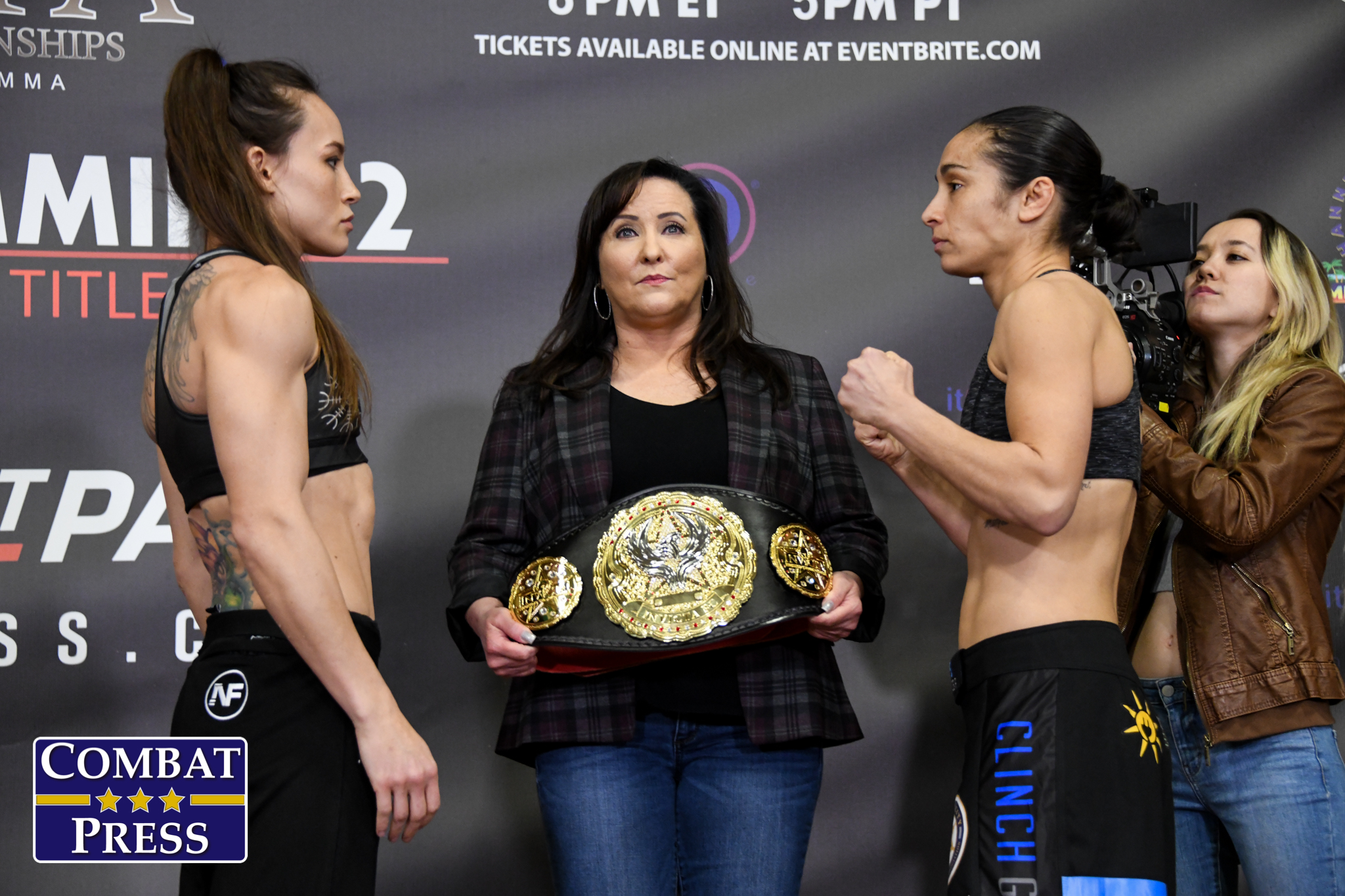 On Friday, Feb. 7, Invicta Fighting Championships will host its 39th event from its usual stomping grounds of Memorial Hall in Kansas City, Kan.

The card is headlined by an atomweight rematch between former champion Jinh Yu Frey and No. 1 contender Ashley Cummins. The pair met previously at Invicta FC 24, with Frey earning a decision victory. Frey is coming off a pair of fights against Finland’s Minna Grusander, but relinquished her title after missing weight. Cummins established herself as the top contender with wins over Jéssica Delboni and Stephanie Alba.

The fighters hit the scales on Thursday, Feb. 6. For the full results, click here. Below is a photo gallery shot by Kiara Kaiser of Combat Press. Click an image for a larger version.