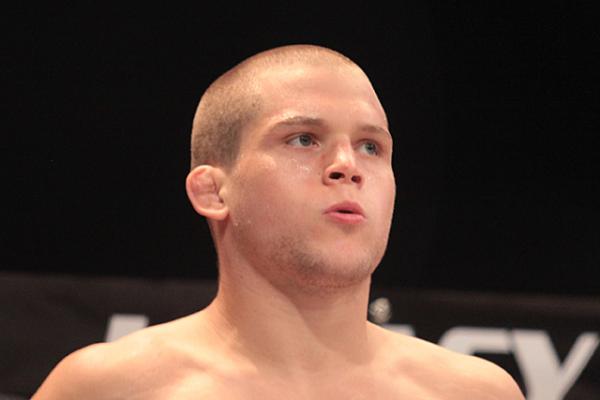 Renowned French scientist Louis Pasteur once said, “Chance favors the prepared mind.” He was alluding to the idea that preparation breeds success. This idea applies to almost all aspects of life, but it is especially important in sports.

Tiger Woods, Wayne Gretzky, Kobe Bryant and Jerry Rice are just a handful of famous athletes who are known for their tremendous work ethic. UFC welterweight Alex Morono recently got to experience what made these athletes some of the greatest of all time.

Morono, a Brazilian Jiu-Jitsu black belt under Alex Gotay, is a 21-fight veteran at the pro MMA level. He currently sits at 5-2-1 inside the Octagon. In recent years, the Houston native, who owns the Gracie Barra The Woodlands gym, began cross-training at Fortis MMA near Dallas for his fight camps. He has now won two fights in a row, with the last coming via first-round TKO over Zak Ottow in March.

“That fight was easy, and I understand why Coach Sayif [Saud] has us train so hard up at Fortis,” Morono told Combat Press. “The training makes the fights seem easier than how they usually are. Man, that was the hardest fight camp I ever had in my life. I’ve had, what, like 35 to 40 fights — jiu-jitsu, MMA, boxing, kickboxing — and I’ve always had good fight camps. I’ve never had a bad fight camp. But, this last one, which was a full fight camp at Fortis, was the hardest one I’ve ever done.

“When the fight was over, it made me realize why my training pace is so important. If the fight is at a super-fast pace, then we’re prepared for it. But, if the fight is an average pace or a slower place, then it just seems easy. Now that I understand the mindset and the tactics behind that type of training, I can do it even better.”

The win over Ottow put Morono back on a winning streak for the first time in a few years. He is ready to keep the momentum moving in the right direction. His next battle is on Saturday night at UFC on ESPN+ 19 in Tampa, Fla., where he faces Max Griffin on the preliminary card. Griffin picked up his first win in over a year when he took a majority decision over Zelim Imadaev in April.

“He’s good,” Morono admitted. “For whatever reason, maybe two years ago, I had seen him fight, and I had an eerie intuition that we would get matched up, and sure enough, I got the match from Sean [Shelby, UFC matchmaker], and I was not surprised. I had already watched all the tape on Max, and I actually was rooting for him when he fought Mike Perry. I was rooting for him when he fought the Russian guy. I know a lot about him, and I’ve got a lot of respect for him. His record in the UFC is three wins to four losses, and I don’t think that’s very indicative of how good of a fighter he is. Three of his four losses came from top, top guys, and he took two of them to decision. So this is a tough fight, and I’m pulling out all of the tricks I’ve got.”

The biggest trick up Morono’s sleeve is his preparation. He spends Mondays and Tuesdays training at Fortis, Wednesday is mostly a rest day, and then the remainder of his week is spent at various gyms in the Houston area. In addition to preparing for a high-paced fight, Morono also trains for just about every scenario possible, which, surprisingly, not all fighters do as much as they say they do.

“Pretty much for every fight, we hope for the best — [that] the person will stand and trade — but we prepare for the worst, which is guys who will wrestle,” Morono explained. “I’ve been working, like, counter wrestling. I have no problems shooting in and going for takedowns myself. [Griffin]’s a pretty unorthodox striker. He seems to prefer to stand, and he’ll wrestle when he needs to wrestle, so this should be a pretty fun fight. I’m expecting to go all over the place.”

Griffin is not much of a submission artist. He goes the distance a lot, and most of his stoppage wins are by TKO. He will have a slight height advantage over Morono, and his reach is about three inches longer. Morono is no stranger to fighting lankier welterweights, though. The match-up is good, even if it doesn’t come against a ranked opponent.

“I didn’t really care much for ranking until I started training with Sayif over at Fortis, and his goal was to get us to as high a level as we possibly can,” said Morono. “On Tapology, Max is ranked 35, and I’m ranked like 55, so a win over him would really put me closer to the top 20. I’m really looking for more longevity in the UFC, as opposed to climbing the ranks as fast as possible. So, I’m really open to any match-up. I’m more interested in match-ups and activity than picking and choosing who gets me up the rankings.”

Morono has accepted all the fights the UFC has offered, and nine of them came to fruition. He is always prepared to enter the cage. In fact, if this one ends quickly and without injury, he would be open to fighting again before the end of the year.

“My goal was to fight three times per year, and, on average, I’ve been able to hit two fights per year,” Morono said. “Last year was the only year I actually had three fights, and this will be my fourth year in the UFC.”

When Morono is not training, he and his wife are running their business. He spends a lot of time coaching as well. His life revolves around combat sports, and the UFC is where he plans to keep his fighting career. On Saturday night in Tampa, he will have a chance to climb one more rung on the ladder as he takes on a game opponent, live on ESPN+.