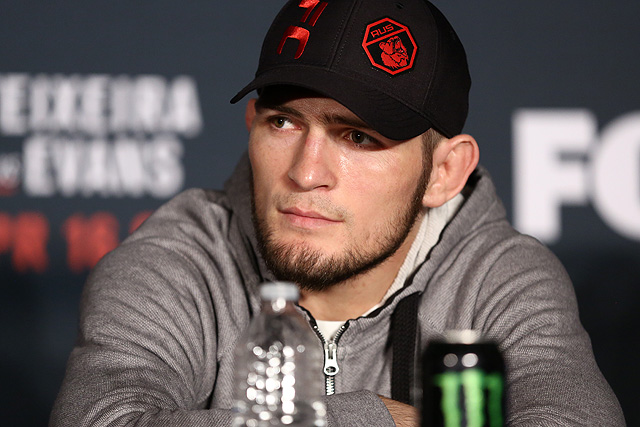 Curtis Blaydes put on a dominant showing at UFC 242 in Abu Dhabi, where he stopped Shamil Abdurakhimov with a barrage of elbows and punches. The win keeps Blaydes firmly in sixth place. Bellator two-division champion Ryan Bader took on veteran Cheick Kongo at Bellator 226. Unfortunately, the bout ended early after an accidental eye poke. Bader remains in the No. 10 spot.

UFC on ESPN+ 16 was billed as a passing of the guard in the light heavyweight ranks, but Brazilian veteran Glover Teixeira had other plans. Teixeira outworked Nikita Krylov over three rounds to claim a decision victory and stay at No. 8 in the rankings.

Dropped from the rankings: Luke Rockhold (5)

There’s a new face in the middleweight top 10 following UFC on ESPN+ 18 in Copenhagen, Denmark. Jared Cannonier put a quick end to the Jack Hermansson hype train, stopping the Swede early in round two. The win vaults Cannonier into sixth, while Hermansson slides to eighth. Former Bellator champion Gegard Mousasi exacted revenge on Lyoto Machida at Bellator 228. Mousasi holds onto his No. 10 spot with the decision win. The addition of Cannonier pushes former Strikeforce champion Luke Rockhold out of the top 10.

September was a busy month for the lightweight division. UFC champion Khabib Nurmagomedov kept his undefeated record intact with a submission win over interim titleholder Dustin Poirier at UFC 242. Nurmagomedov keeps his place atop the rankings, with Poirier hanging onto fourth. Also at the Abu Dhabi event, Paul Felder edged out Edson Barboza via split decision. Felder climbs out of a 10th-place tie to capture the No. 8 slot. Barboza drops to ninth, and Michael Chandler has fallen back outside the top 10. UFC on ESPN+ 16 in Vancouver featured fifth-ranked Justin Gaethje against sixth-ranked Donald Cerrone. Gaethje needed less than a round to dispatch of the veteran and state his case for a title shot.

Bellator champion Patricio “Pitbull” Freire put his belt on the line in the opening round of the promotion’s grand prix tournament. The Brazilian dominated challenger Juan Archuleta over the course of five rounds and remains in a tie for 10th place with the victory. The UFC’s trip to Mexico for UFC on ESPN+ 17 produced another unfortunate result, as ninth-ranked Jeremy Stephens was poked in the eye by Yair Rodriguez. Their bout was deemed a no-contest just 15 seconds after it started.

UFC on ESPN+ 17 was a showcase for the resurgent flyweight division. Fourth-ranked Sergio Pettis returned to 125 pounds and defeated longtime veteran Tyson Nam. Pettis, who had temporarily moved up to bantamweight, stays in fourth with the win. Also in action was 10th-ranked Brandon Moreno, who battled Askar Askarov to a draw after three hard-fought rounds. The result was enough for Moreno to stay in the rankings.