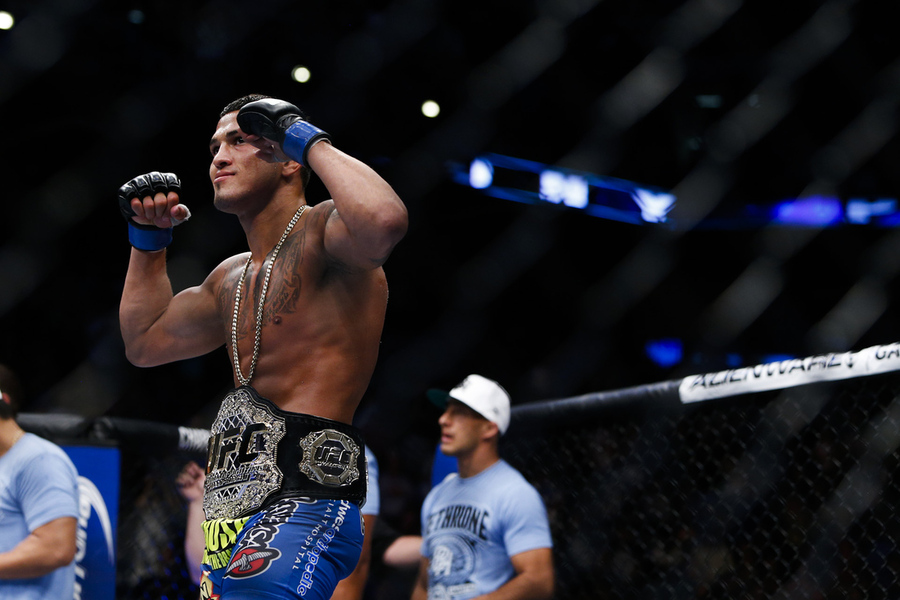 The UFC is returning to Dallas.

On Saturday, March 14, the promotion will visit the American Airlines Center for UFC 185. The event will be headlined by a lightweight title fight between champion Anthony Pettis and challenger Rafael dos Anjos.

Pettis enters his second title defense on the heels of a second-round guillotine choke finish of Gilbert Melendez at UFC 181 in December. “Showtime” captured the belt with a first-round armbar of Benson Henderson at UFC 164 in August of 2013. The 27-year-old has won his last five fights and has tasted defeat just once since 2009. The Roufusport product coached opposite Melendez on The Ultimate Fighter 20 prior to their title encounter.

Dos Anjos, meanwhile, earned a title shot by winning eight of his last nine bouts inside the Octagon. The Brazilian was most recently in action at UFC on Fox 13, where he earned a unanimous decision win over former title challenger Nate Diaz. The 30-year-old also earned a knockout over the aforementioned Henderson in August at UFC Fight Night 49.

No other bouts have been revealed for the card at this time. The preliminary card for the event is expected to be split between a stream on UFC Fight Pass and a broadcast on Fox Sports 1. The main card will air live on pay-per-view. More fights for the event are expected to be announced by the promotion in the coming weeks.