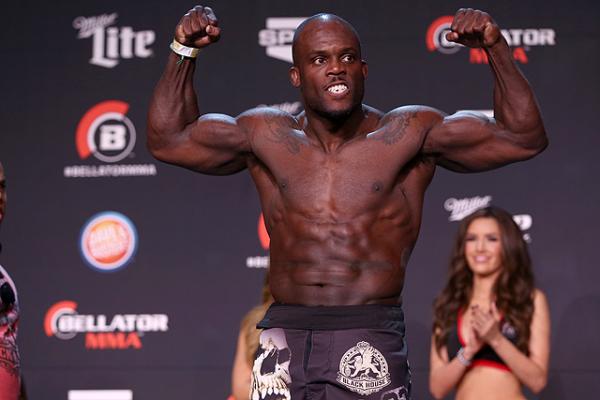 On Thursday, Nov. 19, Bellator MMA will host the weigh-ins for its 146th event which takes place Friday, Nov. 20, from the WinStar World Casino and Resort in Thackerville, Okla.

The main event features a battle of middleweights sluggers as veteran Melvin Manhoef takes on Japan’s Hisaki Kato. The 39-year-old Manhoef has experienced an up-and-down run inside the Bellator cage. After scoring a violent finish of Doug Marshall in his debut, he’s suffered back-to-back losses to Joe Schilling and Alexander Shlemenko (although the loss to Shlemeneko was later turned to a no-contest). Kato, meanwhile, turned the striking world upside down with a flashy finish of the aforementioned Schilling in his first Bellator appearance.

The remainder of the card is littered with veterans such as Houston Alexander and Josh Neer, as well top-10 female featherweights Julia Budd and Roberta Paim Rovel.

The event kicks off Friday with a preliminary card stream at 7 p.m. ET. The five-fight main card follows at 9 p.m ET on Spike.

The fighters hit the scales at 6 p.m. ET. Above is a live stream of the action (courtesy of Bellator MMA), while the results appear below.