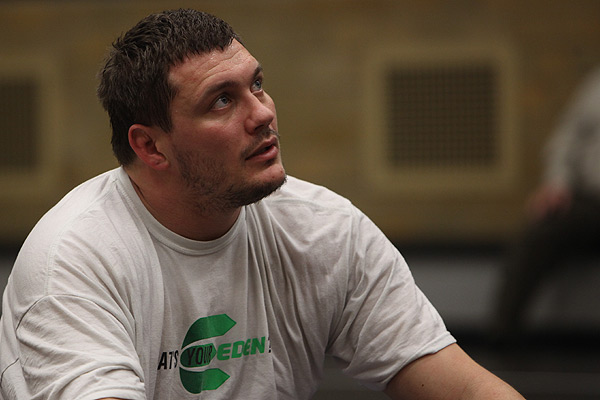 What Does Signing Matt Mitrione Mean for Bellator MMA?

The Bellator heavyweight division just received some added meat to its bones.

On Monday’s edition of The MMA Hour, former UFC heavyweight Matt Mitrione announced he had signed on the dotted line to compete under the Bellator promotion.

“I was really interested in the options that Bellator was offering and I was really interested in the conversation they were willing to have,” Mitrione said. “I think that they’re making the right moves. I think sometimes you get into a spot where the things you fall in love about one organization don’t necessarily seem to be anymore and greener pastures seem to be somewhere else.”

Mitrione has competed his entire professional MMA career under the Zuffa banner. He entered the UFC’s ranks while competing on the most watched season of The Ultimate Fighter and won his first officially sanctioned bout by dropping Marcus Jones on the finale card for that season of TUF. In his second fight, he took out YouTube sensation Kimbo Slice for his second win in what would be a 5-0 run to begin his career.

Since that time, Mitrione has shown to be a solid mid-range heavyweight in the UFC. He was good enough to beat most of the mid-tier fighters he came across, but he has struggled when facing some of the division’s top fighters. He has gone 9-5, which doesn’t have a nice ring to it — but that’s before you consider he entered the UFC without any previous professional MMA experience.

The last few fights have been particularly difficult for Mitrione. His loss against Ben Rothwell was awful, with even Mitrione saying he was embarrassed by his performance. His loss against Travis Browne has been mired in controversy. Repeated eye pokes caused one of the sport’s worst eye injuries and Mitrione has since filed an appeal of the official decision.

Although Mitrione is by no means a superstar, his move to Bellator is still an impactful one. Each time a UFC fighter chooses to fight out their contract rather than renew is a step in the right direction for guys and gals to increase their bottom line. And each time one of those fighters jumps from the UFC to another organization, it brings an instant measure of validation for that promotion.

Where Mitrione goes in Bellator is still up in the air. He said he expects to fight “very, very soon,” which likely means he’ll have a fight this summer. Bellator will likely give him a “set-up” fight against an overmatched opponent to help rebuild him in the eyes of fans. Regardless of the excitement surrounding his move to Bellator, the fact is that he’s still on a two-fight losing skid.

After he picks up a win, you’d have to figure Mitrione would be skyrocketed up the ladder. Vitaly Minakov hasn’t fought for Bellator since 2014, holding the heavyweight title hostage. Bellator head Scott Coker, known for his leniency regarding guys competing outside his promotion, is going to have to make a decision. Either Minakov defends his title, or we see Mitrione and another recognizable name square off for the belt.

Even if Bellator chooses to use Mitrione in “feature fights,” he’s still capable of headlining a card on SpikeTV. He has name recognition and isn’t afraid to speak his mind when a microphone is in front of him. The promotion needs someone with his skill set to headline non-tent-pole events.

The Mitrione signing isn’t groundbreaking, but it’s another integral step in Bellator building a roster with recognizable fighters. It’s great that the company has a number of talented prospects working their way up, but it doesn’t do the promotion any good if nobody is tuning in. By signing guys like Benson Henderson and Mitrione, Bellator is building a foundation of name-value fighters to draw fans for cards that would’ve typically flown under the radar.