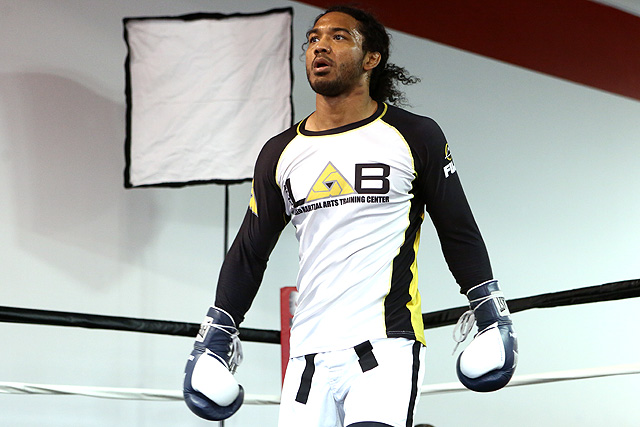 Will the Real Benson Henderson Please Stand Up?

Nearly three years ago, Benson Henderson stepped into the Octagon at UFC 164 in an effort to defend his lightweight title against Anthony Pettis. Henderson already had three successful defenses against the likes of Frankie Edgar, Nate Diaz and Gilbert Melendez. Admittedly, Henderson hasn’t necessarily won the majority of his fights in dominating fashion, but he had a knack for coming out on top. He didn’t fare quite so well against Pettis.

Henderson ended up losing the fight and his belt that night in the first round when Pettis locked in an armbar. Since the loss, Henderson has racked up a very pedestrian 4-3 record with wins over Josh Thomson and Rustam Khabilov at lightweight and Brandon Thatch and Jorge Masvidal at welterweight. Following his fight with Masvidal, Henderson left the UFC for Bellator in a decision that surprised many fans and members of the media.

“Bendo” has been a tough read. There was a period of time, especially during his tenure in the WEC, where he looked like he could very well be the best pound-for-pound fighter in the world. Then again, there was also a speck of time in which the WEC made Miguel Torres look like he could be one of the best in the world, but that’s for another time. In the WEC, Henderson had five wins. Four of those victories were finishes. While he was working his way up the rankings in the UFC, he was no longer finishing fights — nine of his 11 wins came by decision, though there were some dominant performances spread among them.

Henderson consistently does things that makes jaws drop, but somewhere along the line he lost the killer instinct that he showed in the WEC. He’ll go into the opening round of a fight and coast along, feeling out his opponent. Meanwhile, we’re out in the audience shouting at the screen and asking him to get aggressive. His thighs are the size of an average torso. He has elite power in his kicks, punches and elbows. Add to that a phenomenal wrestling, taekwondo and Brazilian Jiu-Jitsu background, and we have to wonder how nearly half of his fights get into the hands of the judges.

Which Benson Henderson is the real one? Is it the “wet blanket” version that falls too far back into his wrestling discipline where he is only focused on maintaining control of the fight to earn points from the judges? Or is it the more exciting, aggressive Henderson who can knock out or submit his opponent within the first two minutes of the first round? The uncertainty of his approach was a huge reason why so many questioned whether or not he would be a good champion for the UFC. It’s refreshing to have a fighter stay true to who they are, but a promotion still needs to have fire power and tenacity from a champ to help promote both himself and the organization.

Depending on who you ask, the reason Henderson left the UFC could very well be symbolic of his demeanor toward fighting. UFC President Dana White believes he left to take more money up front, but says the UFC would have paid him much more in incentives should he have become the champion again. Henderson’s camp will lead you to believe that it was simply time for a change and a move in a new direction. As with most things, take some truth from both sides and form your own opinion, but I am left to believe Henderson’s base pay from the UFC would have been substantially less than Bellator if he never did become a UFC champion again.

Bellator is now hoping the real version of Henderson is the one who will push his opponent to the brink with kicks to the head, elbows to the face and knees to the midsection which will then allow him to get the takedown and finish the fight.

We’ve become accustomed to Bellator taking a UFC fighter and re-branding him or her as its own, but Henderson’s situation is different. He’s arguably in the prime of his career and has a chance to mix it up with a very formidable opponent in Patricio Freire, who’s been fighting in Bellator since 2010 and will be bulking up to lightweight for this fight with Henderson. Over Freire’s professional career, he has a record of 25-3 with 19 of those 25 wins coming by knockout or submission.

It’s quite possible Henderson himself doesn’t know which variation of himself is the real one. While I would like to believe the aggressive “Bendo” is the one we’ll see from here on out, I wouldn’t be surprised if we get the wet blanket. He will most likely want to minimize risk and extend his career as long as possible, after all.

Maybe at Bellator 160, the real Benson Henderson will step forward. Hopefully it’ll be the one we’ll want to continue watching.