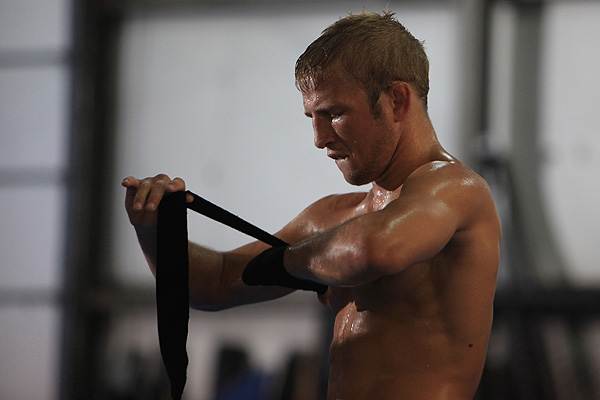 T.J. Dillashaw: Will the Former UFC Champion Ever Be the Same?

T.J. Dillashaw takes on Cory Sandhagen in the main event of this Saturday’s UFC Fight Night card. This marks Dillashaw’s return to MMA following a two-year suspension he received for using the banned substance EPO. This fight is highly anticipated as many question whether Dillashaw can reach the heights he did prior to the suspension.

Heading into his flyweight title bout with Henry Cejudo in January 2019, Dillashaw was widely considered to be one of the pound-for-pound best fighters in the world. He was the reigning UFC bantamweight champion and had emerged victorious in his bitter rivalry with former teammate Cody Garbrandt. He had delivered back-to-back knockouts of the Ohio native and was at the peak of his career. The 35-year-old decided to make the move down to flyweight in a quest to become a two-division champion.

Dillashaw’s prospects of securing the victory looked to be in jeopardy at the weigh-in, as he appeared extremely gaunt and drawn out. Consequently, many fans were not surprised when he was knocked out by Cejudo just 32 seconds into the contest. Dillashaw complained incessantly in the aftermath, claiming that the stoppage was premature. The worst news for him was yet to come.

On March 20, 2019, Dillashaw announced that he would be relinquishing his bantamweight title after USADA and the New York State Athletic Commission (NYSAC) had found adverse findings in his system. He received a 12-month suspension from NYSAC and on April 9 it was announced that he had been given a two-year suspension by USADA (an additional year to the one he had already received by NYSAC). It was later revealed that he had tested positive for the banned substance EPO in both pre- and post-fight drug tests.

This was considered to be one of the most egregious examples of a fighter gaining an advantage with the use of performance-enhancing drugs (PEDs) in MMA history. He was widely condemned by the MMA community and many fans called for him to receive a lifetime ban from the sport. Dillashaw’s conditioning was one of his biggest weapons in the Octagon. The fact that he had been caught with EPO in his system led many to question how long he had been using banned substances. USADA later re-tested the Dillashaw samples that they had from prior tests and did not find banned substances in his system from those fights.

Sandhagen is coming off back-to-back, highlight-reel knockout wins and will be in a buoyant mood ahead of this bout. He disposed of former title challenger Marlon Moraes inside two rounds with a spinning wheel kick and followed this up by knocking Frankie Edgar unconscious with a vicious flying knee in just 28 seconds.

Dillashaw must be wary on the feet against a man who has developed into one of the best strikers in the UFC bantamweight division. Sandhagen has tremendous footwork, making it hard for his opponents to close him down and also possesses excellent speed. He is tall for the weight class and uses this to his advantage. He has a diverse striking arsenal, something that his last two opponents found out to their detriment. His tricky, unorthodox footwork is ironically reminiscent of Dillashaw at his best. A combination of these factors has led to Sandhagen becoming one of the best 135-pound fighters on the planet in the time that Dillashaw has been away from the sport.

However, Dillashaw will know that Sandhagen has glaring flaws in his ground game and submission defense. The 29-year-old was submitted by Aljamain Sterling and came very close to being submitted by John Lineker. Dillashaw has a wrestling background and will almost certainly test Sandhagen in this area. The Colorado native has spoken of his improvement on the ground in training, but has been unable to showcase this in his last two contests. Until he displays this growth in the Octagon, Sandhagen’s opponents will continue to target this area as a potential weakness.

A sub-plot to this fight is the fact that Dillashaw and Sandhagen are former teammates. They trained together at Elevation Fight Team in Colorado between 2015 and 2017. Dillashaw utilized Sandhagen as one of his main training partners in the build-up to his title fight with Dominick Cruz in 2016. Dillashaw spoke highly of Sandhagen at the time and stated that his teammate had given him a lot of problems in sparring.

The knowledge that these two men have of each other’s games may now be outdated, but the insight they have of the psychological make-up of their opponent could prove to be extremely valuable. Dillashaw already had a reputation as being an emotional fighter even before his suspension and Sandhagen could look to exploit this. The 29-year-old may look to use the game plan that Dominick Cruz employed against Dillashaw in 2016. Cruz’s elusive style seemed to cause Dillashaw to chase his opponent and rush into counters. Sandhagen has the attributes to replicate this strategy and force mistakes from his former teammate.

Ring rust is another concern for Dillashaw. Being away from the sport for two years and returning to take on a younger fighter is a big risk. Dillashaw knows that a title shot is in reach with a win. But if he is a shell of his former self, he will never reach his pre-suspension levels ever again. The fight being scheduled for five rounds seems to favor Sandhagen. A game plan to drag the fight into the later rounds to test Dillashaw’s cardio would be smart.

Dillashaw is looking to avoid the fate of fighters who have struggled following returns from failed drug tests. The most notable example of this was the decline of former UFC light heavyweight champion Vitor Belfort. Belfort was controversially allowed to use testosterone-replacement therapy (TRT) during a part of his UFC tenure. He claimed that competing without the substance would put him at a disadvantage.

This coincided with a stunning career revival in his mid-30s, as he delivered a series of brutal knockouts to become the No. 1 contender at middleweight. Belfort’s physique noticeably changed in this period. He became more muscular and was one of the most physically imposing fighters in the UFC. Many suspected that TRT was not just replacing the testosterone the Brazilian claimed he lacked, but was instead providing him with a significant competitive advantage in the Octagon.

A factor that reinforced this theory was that Belfort fought outside the U.S for five consecutive fights. Many believed this was due to him not being able to get a therapeutic-use exemption (TUE) to use TRT in the country. The suspicions of many fighters, coaches and fans were proven to be true in February 2014, when it was announced that Belfort withdrew from his scheduled title fight with Chris Weidman at UFC 173. This came after the Nevada State Athletic Commission announced a ban on exemptions for TRT. It was later revealed that Belfort had failed a drug test in February as a result of having elevated levels of testosterone in his system.

After having the title fight with Weidman canceled twice due to injuries, the two eventually met at UFC 187. Belfort appeared vastly different, carrying much less muscle and with very little definition in his physique. This change in physique reflected his performance, as he was finished with ground-and-pound just three minutes into the fight. It would spell the beginning of the end for the Brazilian at the highest level.

While Belfort’s struggles could be partly attributed to his age, a rapid decline after failing a drug test is not beyond the realm of possibility for Dillashaw. If he appears as a physically diminished fighter on Saturday and fights like an inferior version of his former self, then all of his prior accomplishments in the sport come into question.

Dillashaw’s self-belief has carried him through adversity in the past and he will need to draw on all of this on Saturday. The backlash he has received from fans is another barrier he will have to overcome. While many believe that Dillashaw should not even have the chance to compete ever again, he will have an opportunity to earn a title shot and eventually re-capture bantamweight gold with a win on Saturday. If he fails to hit the heights of his career pre-suspension, then it would be a fall from grace for a man once destined to be remembered as an all-time great.