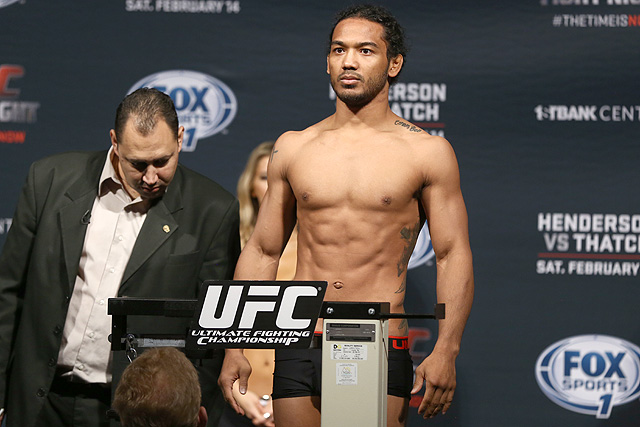 On Friday, April 22, Bellator MMA will host its 153rd event from the Mohegan Sun Arena in Uncasville, Conn.

In the night’s main event, the promotion’s welterweight title will be up for grabs as Russian champion Andrey Koreshkov welcomes former WEC and UFC titleholder Benson Henderson to the circular cage. The 25-year-old Koreshkov has tasted defeat just once in 19 career bouts and currently rides a five-fight winning streak. Thirteen of his 18 career wins have come before the final bell. Henderson, meanwhile, has recently reinvented himself as a welterweight. Following back-to-back losses in the lightweight ranks, the Arizona-based fighter moved up in weight and has reeled off two straight wins. He’ll look to become the first fighter to hold both Bellator MMA and UFC gold.

The event kicks off Friday at 7 p.m. ET with a live preliminary card stream above, while the five-fight main card follows at 9 p.m ET on Spike.

Above is live video of the event’s weigh-ins (courtesy of Bellator MMA) which take place at 5 p.m. ET on Thursday, April 21, while the results appear below.