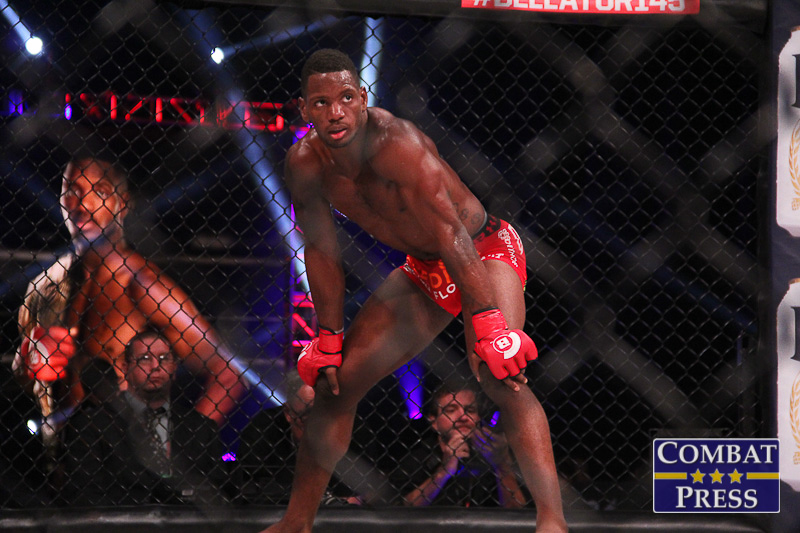 The Professional Fighters League season is well underway. The promotion’s fifth event returns the spotlight to the lightweight and light heavyweight divisions on Thursday night. The biggest fight of the evening is arguably the lightweight scrap between Robert Watley and Will Brooks. Brooks, a former Bellator champion and a UFC veteran, currently sits in third place in the PFL lightweight standings following his decision nod over Luiz Firmino. Watley, meanwhile, enjoys the top spot in the rankings as a result of his victory over Thiago Tavares.

Brooks debuted in 2011 and went 7-0 across a number of regional promotions to launch his career. He first came to the attention of MMA fans when he stopped Satoru Kitaoka at Dream 18, but he already had a decision victory over Drew Dober by that time. “Ill” Will was scooped up by Bellator MMA, where he came up short in one tournament and then went all the way in his second tourney appearance. His victory over Alexander Sarnavskiy punched his ticket to an interim title bout with Michael Chandler. Brooks squeaked past Chandler in an entertaining fight and then scored a finish in their rematch. He defended the Bellator crown twice before departing for the UFC. Brooks won his Octagon debut against Ross Pearson, but he was stopped in his subsequent three UFC appearances by Alex Oliveira, Charles Oliveira and Nik Lentz. The 31-year-old’s PFL 2 appearance opposite Firmino marked his first post-UFC outing.

The 28-year-old Watley has evolved a lot since his earliest days as a fighter. He went just 3-2 as an amateur, dropping a pair of decisions and scoring two knockouts. His pro campaign got off to an equally unremarkable start — he lost his debut via submission to .500 fighter Francisco Isata. Watley turned things around, though, beginning with his sophomore outing when he dropped Spencer Strube in the third round. He continued to score victories while bouncing between the Shogun Fights organization and Cage Fury Fighting Championships. After a four-fight winning streak, Watley landed in a bout for the vacant Shogun Fights lightweight title. He won the belt with a second-round knockout of Dan Root. Watley defended his Shogun strap with a decision victory over Cole Presley. Next, he captured the Xtreme Caged Combat crown with a knockout of Josh Visel. He moved over to the Legacy Fighting Alliance and immediately captured the title with a decision nod over Thiago Moises. Watley went on to defend the belt with a knockout of Daryl Wilson at LFA 27 and a decision nod over Brandon Jenkins at LFA 34 before departing for the PFL. He defeated the aforementioned Tavares in his first PFL fight, but the end came as a result of an accidental groin strike.

Watley has long been on the radar of the major promotions, but there’s little doubt he would have preferred to announce his arrival in the PFL with a far less controversial finish to his first fight. Instead, he’s atop the rankings in the PFL’s lightweight division despite finishing a fight with an accidental low blow. Watley’s prior run does confirm that he’s a solid prospect who could make waves in the PFL, especially given the league’s unique format. Watley was easily winning his fight against Tavares before the unfortunate incident at the conclusion of the fight, and Brooks will mark yet another step up for the former LFA champ.

Brooks has really struggled since leaving Bellator. He won his Octagon debut, then went on a three-fight skid. In his first PFL fight, he didn’t exactly dominate against Firmino. However, Brooks still emerged with the decision nod. He’s the star lightweight on the roster, but Brooks might not live up to that status. Watley has solid wrestling and excellent striking. If Brooks can’t recapture his Bellator form, Watley could edge him on the scorecards in this one.

Sometimes it’s baffling that the UFC doesn’t pick up certain fighters. Take CES MMA lightweight champion Nate Andrews. As his CES 49 fight against Chris Padilla approached, it seemed as if the outing would turn into the final audition for Andrews before he moved to the big leagues. When he won the fight with a submission, it seemed as if he’d punched his ticket. Instead, here we are, a few months later at CES 51, where Andrews will defend his belt against veteran D’Juan Owens.

The 34-year-old Andrews has spent much of his career in the CES organization. After a 5-2 run as an amateur, he turned pro in 2012 and debuted at CES 11. He went on a six-fight tear that included five victories under the CES banner. Four of his victories during this stretch came in the first round, including two knockouts that came within the first minute of their respective contests. Andrews finally stumbled in 2014 when he suffered a decision loss to Gemiyale Adkins. The New England Combat Club fighter responded with two knockouts and five submissions to bring his win tally to 13. Along the way, Andrews has defeated the likes of Jeff Anderson, The Ultimate Fighter seasons 16 and 25 alum Julian Lane, veteran journeyman George Sheppard, World Series of Fighting vet Bruce Boyington and the aforementioned Padilla, a Bellator and Resurrection Fighting Alliance veteran. The talented East Coast fighter has tallied eight career submission victories, but he also has a knack for knockouts that has added an additional five finishes to his resume. “The Snake” has eaten up varying levels of opposition, and his one setback against a .500 fighter in a catchweight contest now seems like a fluke.

The 33-year-old Owens is hardly a world-beater. In fact, the 29-fight veteran has never strung together more than three straight victories. However, he has seen some talented opposition. Owens has been on the losing end of bouts with the likes of Adam Townsend, Alexandre Franca Nogueira, Marlon Vera and Mark Cherico. He’s also notched wins over Nate Landwehr, Dustin Pague and Mike Bruno. “Dirty South” has a balanced attack that has resulted in six submission victories and four knockouts. He’s just 2-3 over his last five fights. The Elevate MMA Academy disciple was knocked out in the second round of his most recent bout by Mike Stevens.

CES MMA is a top-tier regional promotion, but the organization does have a habit of giving its star fighters showcase bouts. This seems to be the case with Andrews, who will see his fifth veteran opponent when he meets Owens, who is the fourth of those opponents to sport a double-digit count in the loss column. Owens has proven that he can play the spoiler, but it’s difficult to view him as the favorite heading into a bout like this.

Andrews will enjoy four inches in height and reach against Owens. He should be able to outperform Owens wherever this fight goes, but the grappling department is where Andrews will truly shine. Townsend and Vera, the two most accomplished fighters to face Owens, both submitted the veteran, and Andrews is likely to follow the same path to victory.

The male strawweight division doesn’t get a lot of attention. Its most high-profile showings are in ONE Championship, but that league’s unique weigh-in rules mean that the fighters are actually competing at flyweight. This leaves only a handful of opportunities for true 115-pounders. Pancrase is perhaps the best destination for these diminutive fighters. At Pancrase 298, we’ll see two of these men clash when Marcus Paulo Amaral squares off with Ryo Hatta.

The 25-year-old Amaral is already among the strawweight elite. “Marcote” debuted in 2013 and won his first four fights before suffering what remains his lone setback to date in a decision loss to Karl Marx Mazoni. The Brazilian responded to the defeat by rattling off nine wins. Along the way, he’s topped fellow strawweight studs Gilberto Dias and Rômulo Araújo. He also avenged his prior loss to Mazoni with a decision nod of his own against the 27-year-old. Overall, Amaral has seen the scorecards on six occasions, while scoring submissions in five bouts and logging two knockouts.

Hatta made his Pancrase debut in 2016 against strawweight legend Mitsuhisa Sunabe following an extended run under the ZST banner and a stop in the Grandslam organization. The 27-year-old made his pro debut in 2011 and racked up seven wins before challenging for the ZST flyweight crown. He stopped Tatsuya Watanabe with an armbar in the fourth round to capture the championship, but he relinquished the belt in his very first title defense when he was stopped via TKO by Seiichiro Ito. Hatta then moved to Grandslam, where he returned to the win column with a submission finish of Junichi Hirata. Since joining the Pancrase organization, Hatta has gone 3-3. His losses came to the aforementioned Sunabe and veterans Daichi Kitakata and Hiroaki Ijima. His wins under the Pancrase banner have all come via submission, but two of his opponents held losing records. Overall, the young fighter has 11 submissions.

Obviously, Hatta is a great threat on the ground. However, he’s struggled to find stability since stepping up from the lower-level ZST promotion to compete in Pancrase. Even at the Pancrase level, he’s had to settle for wins against inferior competition while suffering defeat against any skilled veteran. Hatta has been submitted, but he’s also suffered TKO losses, including one of the ground-and-pound variety.

Amaral is one of the top strawweights in the world right now. Hatta is a solid veteran, but he projects as another notable name to add to Amaral’s record as the Brazilian marches toward a showdown with Pancrase titleholder Sunabe. Amaral will likely try to avoid engaging in a grappling battle with Hatta, but his recent string of finishes should foreshadow where this one is headed. Amaral should take the win by some form of knockout.