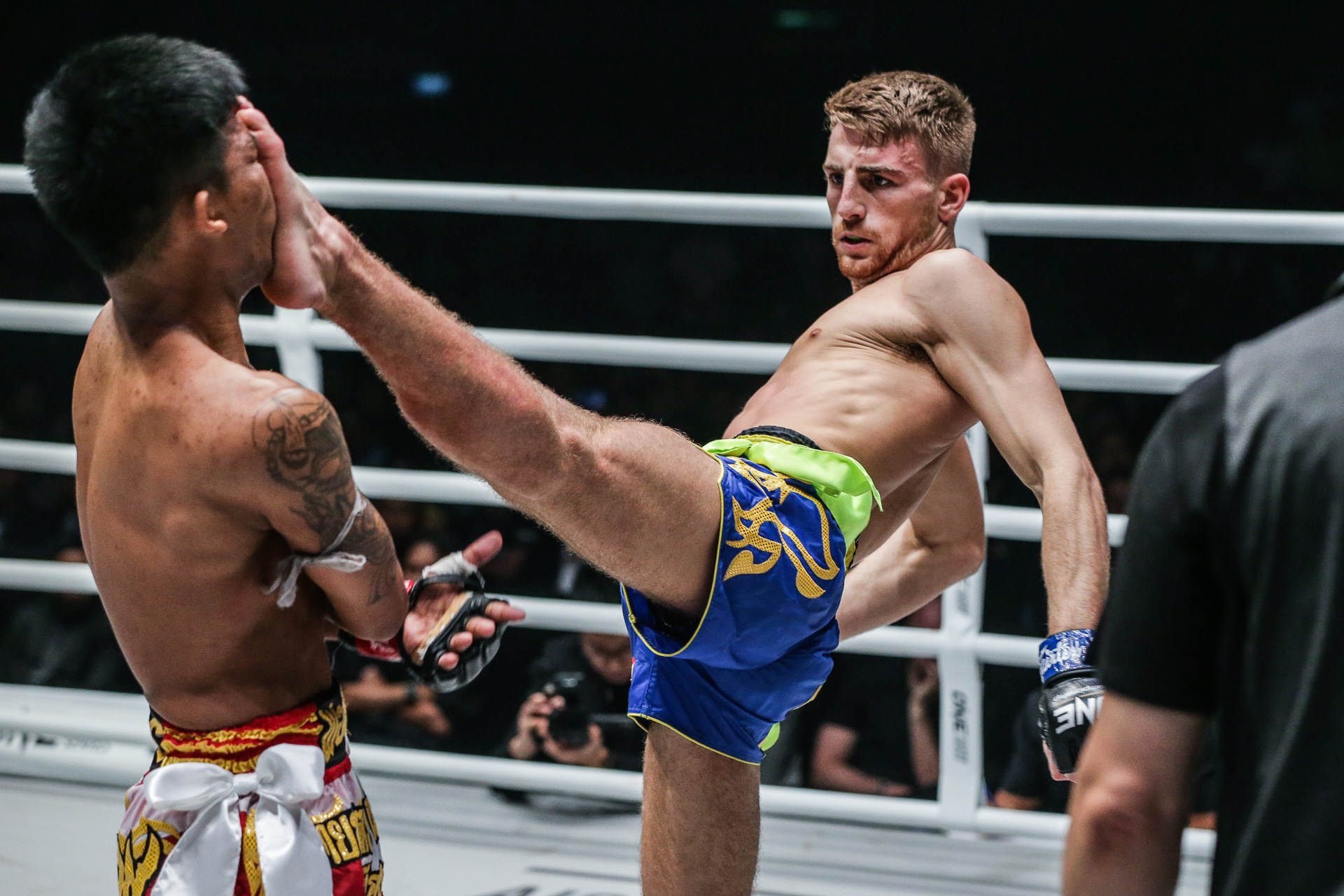 Everyone has different motivations and reasons for being in the fight game. For guys like Kimbo Slice and heavyweight boxer Tyson Fury, fighting in life was all they knew what to do. While others, like Taiki Naito, fight for glory and respect. At the age of 24, Naito, the ONE Championship: Big Bang II headliner, has racked up more accolades in nine years on the job than others achieved in their lifetime.

In 2014, when Naito was 18, he became Shootboxing’s super-bantamweight champion when he knocked out Kazuyuki Fushimi in the fourth round with a knee. This win was validating for Naito, as Fushimi was the man who dealt Naito his first loss as a professional shoot boxer less than a year prior to the rematch. Naito would then defend his title successfully twice in back-to-back fashion against Seiki Ueyama while moving up a weight class to challenge Kazuki Fukada for the featherweight title. Albeit short, Naito also competed in RISE’s 57-kilogram (125 pounds) tournament, where he fought three times in one night to become the champion.

Despite fighting outside of his home country of Japan for the first time since being signed to the ONE Championship roster in 2019, Naito’s Muay Thai career is off to a resounding 4-0 start in a sport where he is no longer chained by the shackles of kickboxing’s rule set that does not allow clinch fighting and elbows. This illustrates a clearer picture as to why he is known to the world as the “Silent Sniper.”

Naito’s opponent on Friday night is Jon Haggerty, who hasn’t achieved the unblemished record that Naito has under the jurisdiction of the Singapore-based MMA promotion. That does not mean that Haggerty is any less skilled, however. The fighter, who hails from London, was booked for a title shot after his debut fight for ONE in which he defeated Italian Joseph Lasiri via unanimous decision in January 2019. It all came full circle when Haggerty became ONE’s Muay Thai flyweight champion four months later to add to a trophy case that was already stocked with the WBC Muay Thai super-featherweight International Title from 2018 and the 2016 ISKA super-featherweight title.

Haggerty is in the midst of a two-fight skid in which he lost the ONE belt to Rodtang Jitmuangnon and failed to snip back what he earned in the rematch. The sequel bout ended in the third round after three knockdowns activated the TKO rule and gave Rodtang another win.

Taiki Naito has been on a tear since joining ONE Championship’s roster. Can he add a fifth victory with the organization when he meets former champ Jonathan Haggerty?

Naito can stay undefeated if he finds a way to withstand Haggerty’s world-renowned aggressiveness in the opening round. While Naito isn’t a slow fighter by any means, he is at his best the longer the fight goes. If he runs into trouble, it is usually in the beginning of the fight. In the second installment of his rivalry with Tenshin Nasukawa, Nasukawa had Naito against the ropes in the first round as he unleashed an onslaught of punches and was effective on the counter attack. Once that storm settles, Naito tends to be the one that usually is the more calm and composed attacker.

The tricky thing about facing Haggerty is his trademark skill of powerful elbows in the clinch and in close quarters. Haggerty ate up Sam-A Gaiyanghadao in the third round of the flyweight title bout at ONE Championship: For Honor, where the case can be made that the winner of the fight was the one who had the better fifth and final round. As a result of the elbows, it opened up an opportunity for a knee that knocked down an exhausted Sam-A and played a pivotal role in the unanimous-decision win for Haggerty.

Lightweight kickboxer Nieky Holzken is set to clash with Elliot Compton. Can Compton play spoiler against the star?

It’s hard to imagine an outcome where it’s Compton that comes out of this fight unscathed based on what we have seen in the past from the 5-foot-11 Australian. Given that this bout is operating under traditional kickboxing rules, Compton will not have to worry about knees and elbows like he did when he fought and was knocked out by Cosmo Alexandre at ONE Championship: Heroes of Honor two years ago just before the conclusion of the second round. Another concern is that Compton isn’t very quick on his feet and often functions as a stationary target instead of a moving one.

Holzken lost back-to-back fights against Regian Eersel in 2019, but this is not Holzken’s first rodeo. He has had his fair share of wars in the ring and ultimately knows how to get things done. No matter what happens, he will always command the center of the ring and find his range early on in the fight, like he did against Mustapha Haida. In his welterweight championship bout against Eersel, he displayed the ability to throw spinning back kicks with no setup. Considering that you are blind for half a rotation when you try to execute this kick, it’s incredible how fast he is able to deliver them.

Do not be surprised if a win against Compton on Friday sets up a trilogy bout with Eersel.

What can fans expect from the MMA fights on this card?

Not as much explosion and excitement as they’ll find in the Muay Thai and kickboxing bouts on the card. However, with Kim Jae Yoong fighting, this means that the chances of a highlight-reel knockout are exponentially high. Kim has fast hands and good footwork to get in and out of trouble. This allowed him to become the former featherweight champion for Korean promotion Top FC by defeating current UFC fighter Seung Woo Choi at TFC 14 in 2017. Kim will be fighting against a veteran in Tetsuya Yamada who is balanced in all facets of the striking and grappling settings with 35 professional fights under his belt.

With the scheduled light-heavyweight fight consisting of Masoud Safari and Anderson Silva now scrapped, a middleweight contest between Agilan Thani and Tyler McGuire will serve as the replacement. Thani is a homegrown prospect groomed by ONE that had a 100 percent finishing rate through his first six fights as a professional before getting a welterweight title shot against former UFC fighter Ben Askren, who was 15-0 at the time. Thani would later fight numerous high-profile fighters, including Yoshiro “Sexyama” Akiyama and Yushin Okami. He is now in a situation where he is one fight about .500 after the aforementioned title contest at ONE Championship: Dynasty of Heroes in 2017. McGuire, the 34-year-old American, is fresh off the first loss of his career. He was knocked out with a punch by Zebaztian Kadestam with 28 seconds left in the fifth round of a middleweight championship bout and will be hungrier than ever to come back with an emphatic win.

Chen Rui is the person that fans must keep an eye on. He is set to face Ali Motamed. Rui has racked up eight wins in nine fights as a freshly minted 24-year-old. The way he fights now is reminiscent of how Chan Sung Jung and Dustin Poirier were as strikers in their earlier days: punishing opponents with uncontrolled chaos. In addition to his fast hands, it’s a marvel to see how well Rui moves his head out of harm’s way and his understanding of throwing strikes while he is vacating danger, as he did against Yadwinger Singh at Rebel FC 8 two years ago. This fight between Rui and Motamed should be a stand-up battle.