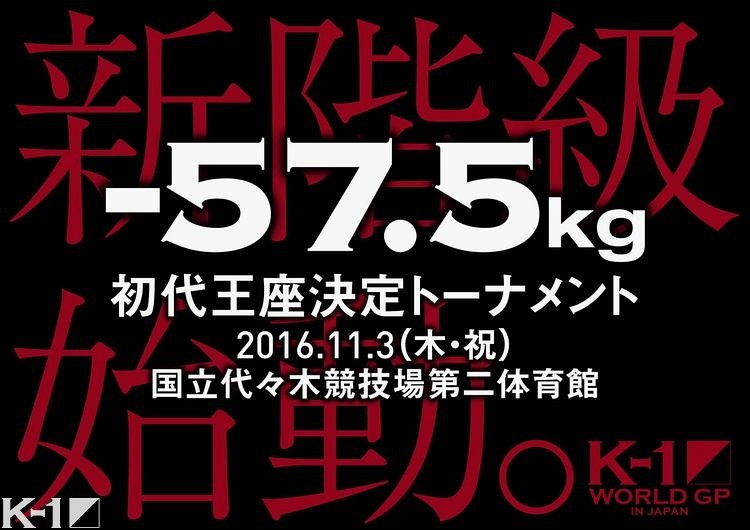 K-1 producer Kensaku Maeda took to the stage after the fighters weighed in for the K-1 World GP 2016 65-Kilogram World Tournament. The announcement outlined some of the reasoning behind the addition of the weight categories. K-1 officials were concerned that the five-kilogram difference in weight divisions could be unhealthy for fighters who were in-between one division and another. The promotion held five events in 2015 and is scheduled to hold five events in 2016. This schedule gives K-1 the promotional opportunities to run multiple tournaments throughout the year, feature current and former champions in their newly created seven weight classes, and potentially hold more than five events in 2017.

K-1 has spent the past six-to-eight months improving their relationship with fellow Japanese kickboxing promotion, KRUSH. Many of the benefits for both promotions have already started to show with increasing talent exchange and promotional efforts from both parties. K-1 World GP, the promotion with the largest collection of top fighters 65-kilogram and under, will open up opportunities for even more fighters to make a name for themselves on the world stage. The first tournament to crown a champion in one of the three weight divisions will take place on Nov. 3, at the National Yoyogi Stadium 2nd Gymnasium in Tokyo, Japan. The inaugural tournament will feature the newly formed 57.5-kilogram division.

In additional news, the promotion moved the previously scheduled 2016 55-kilogram world tournament to Feb. 25, 2017. The move comes following the planned addition of the 57.5-kilogram championship tournament.