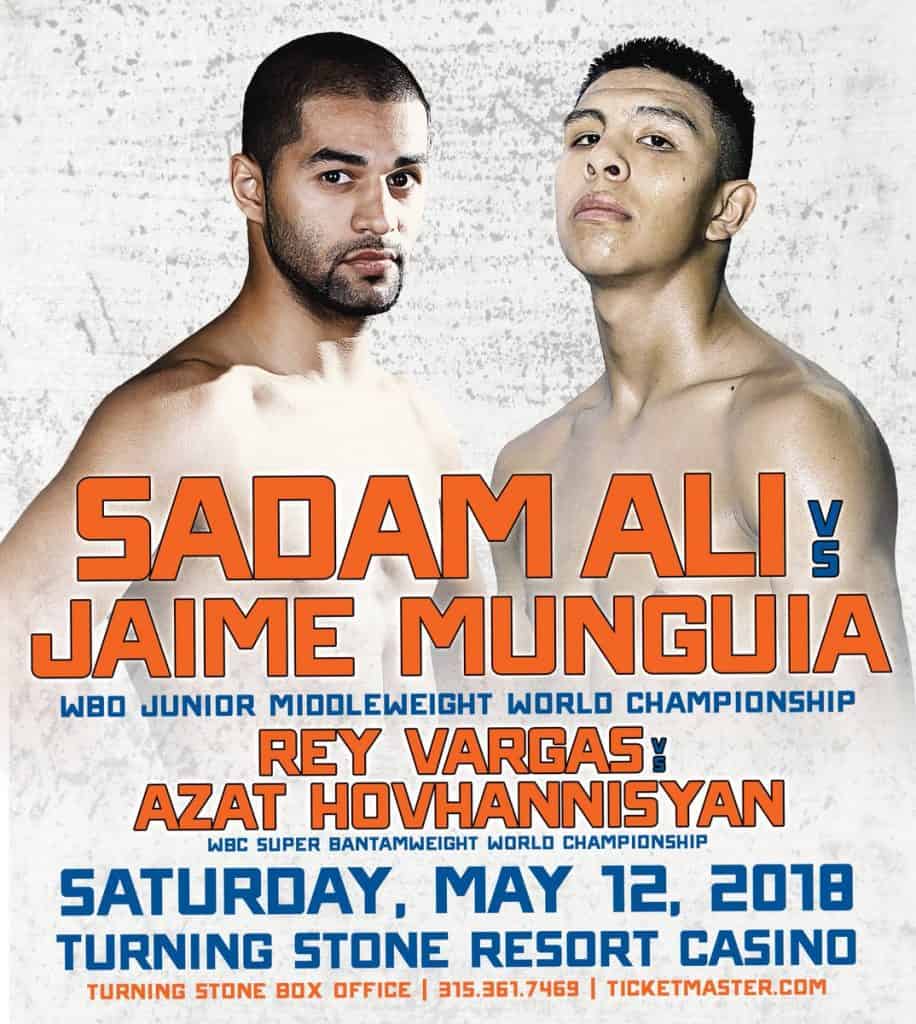 On Saturday, May 12, HBO Boxing traveled to the Turning Stone Casino and Resort in Verona, N.Y., for Ali vs. Munguia.

In the night’s main event, WBO world super welterweight champion Sadam Ali lost his belt against undefeated Mexican Jaime Munguia, who had won 24 of his 28 professional fights by way of knockout.