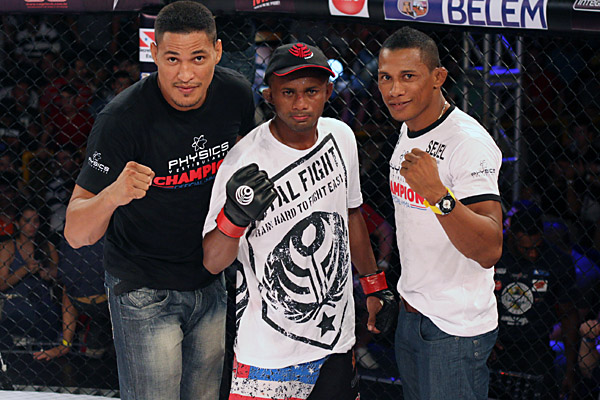 On Saturday, July 15, Jungle Fight travels to the Ginásio Poliesportivo do Riacho in Contagem, Brazil, for Jungle Fight 91.

In the night’s main event, undefeated prospect Eduardo Rufino meets M-1 Challenge veteran Bruce Souto for the vacant welterweight title. Souto rides a four-fight winning streak heading into the match-up. Rufino has stopped four of his five opponents inside of one round.

Elsewhere on the card, flyweight prospects battle when Denis Araujo Oliveira Fontes takes on Leandro “Foguinho” Soares, who has finished seven of his eight career victories.

The event airs live at 7 p.m. ET on BAND Sports (Brazil). Check back following the event for the full results.