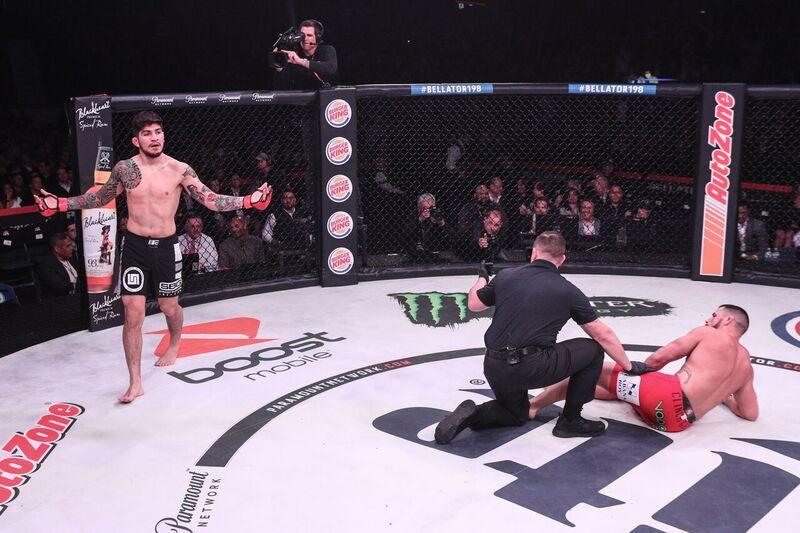 Bellator MMA has the perfect problem on its hands following Bellator 198. When Dillon Danis announced his intentions to compete in MMA, everyone expected to see his world-class jiu-jitsu skills on display and he did not disappoint. Making his Bellator debut against Kyle Walker, Danis wasted no time finding a submission win, but was also tested early on.

Walker was able to land a few shots that caught Danis, but none that did any serious damage. For Bellator, that is a near dream come true for the next rising star. Although it was a quick win for Danis, he took a few shots and showed he isn’t untouchable. Taking serious damage wouldn’t be good, but taking some damage and coming back is perfect for Danis and the promotion.

At Bellator 198, Danis had to show he could weather a storm and come back from adversity. He did just that. Once he gained control of the fight, Danis took it to the ground and finished with a very impressive toehold to get the victory. While it would’ve been nice to see more striking on display from Danis, sticking to the style that led him to sign with Bellator will bring no complaints from the promotion.

Even more than his debut in the cage, Danis’ microphone skills were on full display as he said he was the reason that this card was the second-highest gate in Bellator history. He went on to say that he expected the rest of the bums on the card to call him out, and then proceeded to call out Ben Askren in his locker room interview.

Regardless of his quick victory, Danis might want to consider just how significant Chicago has become to his incredibly young MMA career. It was at Bellator 175 in Chicago where Danis was introduced to the promotion and now at Bellator 198, right back in Chicago, he got his first MMA victory.

His debut went almost perfect for both Bellator and Danis alike, as he showed that he’s not untouchable, but if the fight goes to the ground, he will get the victory. Mix it all in with his microphone skills and Bellator has an incredible star in the making on its hands. Now, we wait and see what’s next.