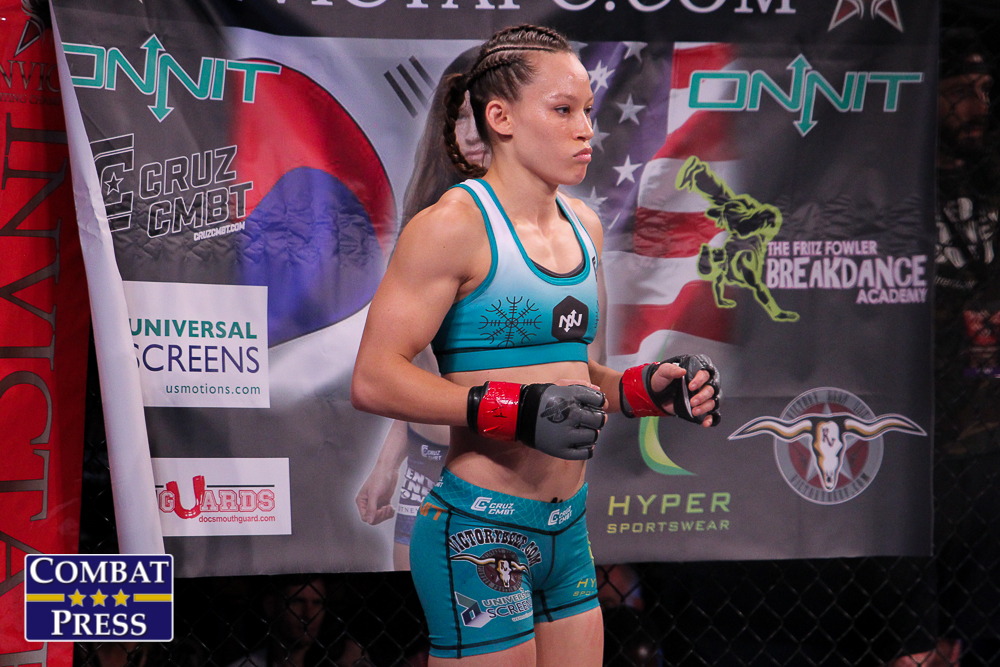 The eight-fight card for Invicta FC 30 is complete.

The event, which takes place from the Scottish Rite Temple in Kansas City, Mo., on Saturday, July 21, will be headlined by an atomweight title fight between former title challenger Jinh Yu Frey and Finland’s Minna Grusander.

Frey will compete for the first time since being stopped in the first round at Road FC 45 by UFC veteran Seo Hee Ham. Prior to that, the 32-year-old defeated veteran Ashley Cummins by decision to rebound from a loss to then-champion Ayaka Hamasaki. Grusander made a successful promotional debut at Invicta FC 28 in March. The Finnish fighter stopped Brazilian Fernanda Priscila with strikes to score her fifth career finish.

In the night’s co-main event, undefeated featherweight Felicia Spencer takes on Ukrainian Helena Kolesnyk. The 27-year-old Spencer most recently defeated Akeela Al-Hameed at Invicta FC 27. Kolesnyk, who fights out of Moscow, has stopped all five of her career wins, including four inside the first round.

Brazilian strawweight Kinberly Novaes will clash with UFC veteran Heather Jo Clark. Novaes made her Invicta debut in December, falling short against countrywoman Janaisa Morandin. Clark, who appeared on the 20th season of The Ultimate Fighter, currently rides a two-fight skid, resulting in her release from the UFC.