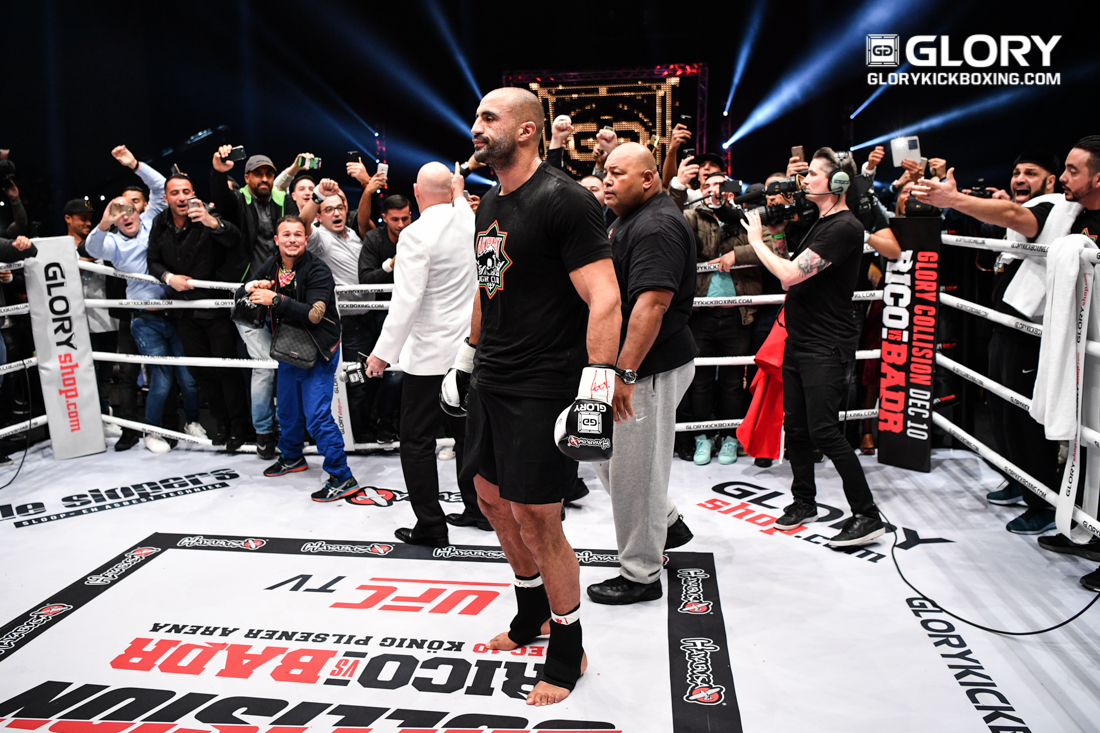 Just days after announcing that heavyweight Badr Hari had signed a multi-fight contract with the promotion, GLORY Kickboxing has revealed his first opponent under the new deal.

Hari will rematch Hesdy Gerges in the main event of GLORY 51: Rotterdam which takes place from the Ahoy Rotterdam on Saturday, March 3 in the Netherlands.

The pair met previously under the It’s Showtime banner in 2010. In that fight, Hari dropped Gerges in the second round, but inexplicably kicked the Dutch-Egyptian fighter while he was down and was disqualified. Gerges was awarded the promotion’s heavyweight title as a result, but now, over seven years later, Hari will look for revenge.

Hari enters the contest on the heels of a second-round TKO defeat to current GLORY champion Rico Verhoeven at GLORY: Collision in late 2016. The 33-year-old Dutch-Moroccan has competed just twice since 2014, but his illustrious career has featured well over 100 fights and nearly 100 victories by knockout.

Gerges has struggled recently in the GLORY ring, going just 1-4 over his past five appearances. However, all four losses were against fighters currently ranked in the top 10 of the division.

More bouts for GLORY 51: Rotterdam, as well as the full broadcast details, are expected to be announced by the promotion in the coming weeks.