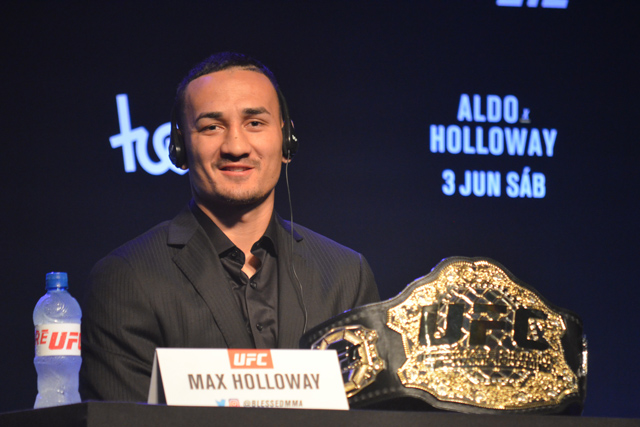 It was no April Fool’s joke, but April 1, 2018, is a day that will live in MMA infamy. OK, perhaps that’s a bit extreme, but what else can you say about when we’re talking about a fight that has fallen apart four separate times now? And what’s more, this time around we were all led to believe the undisputed lightweight title would be on the line.

The UFC was dealt a truly devastating blow to the UFC 223 card, which is slated for this weekend at the Barclays Center in Brooklyn, N.Y., when one half of the main event, interim lightweight champion Tony Ferguson, was forced to pull out of his title fight against the man many think is the true pound-for-pound king, Khabib Nurmagomedov.

It’s likely we all checked the date, noted its significance and thought this was a very cruel April Fool’s joke that fans kept perpetuating. However, reputable MMA media outlets started to confirm the unfortunate news, at which point all hope for this fight ever happening flew out the window.

As in life, when one organism ceases to exist, new life sprouts up. Almost as quick as Ferguson withdrew, UFC featherweight champ Max Holloway sprung up to take his place. Usually a 145-pounder, Holloway opted to move up to 155 on just six days’ notice and was on the way to New York to battle the undefeated Dagestani fighter in this weekend’s main event.

It’s never a good look when a fight gets scrapped just six days out. Be that as it may, UFC President Dana White and company did the best they could to salvage the card. The argument could be made that the match-up between Nurmagomedov and Holloway is a more intriguing pairing than Nurmagomedov and Ferguson. It will most likely have substantially higher pay-per-view buy rates than the original main event, too.

And what of White’s dream scenario? Well, if Holloway can do the unthinkable at UFC 223 and beat Nurmagomedov on just six days’ notice to become a two-division champ, then that would set up the biggest money fight in company history: Holloway against Conor McGregor.

Sure, there are a lot of ifs in this scenario. It all sounds way too good to be true, but such is the crazy sport of MMA. And maybe, just maybe, after all is said and done, the UFC will even book Ferguson against Nurmagomedov for a fifth — and hopefully final — time.