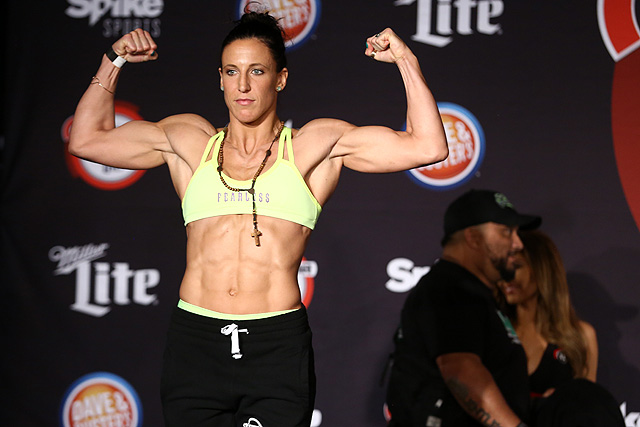 On Friday, Dec. 1, Bellator MMA will host its 189th event from the WinStar World Casino and Resort in Thackerville, Okla.

In the night’s main event, newly crowned women’s featherweight champion Julia Budd will defend her belt for the first time against Australia’s Arlene Blencowe. The pair met previously at Bellator 162, with Canada’s Budd earning a majority decision win. Budd enters the match-up riding an eight-fight winning streak that dates back to 2012, including four straight under the Bellator banner. After a brief stint at bantamweight outside the promotion, Blencowe returned at Bellator 182 to defeat Sinead Kavanagh and set up the rematch with Budd.

The fighters hit the scales at 12:15 p.m. ET on Thursday. A live video feed (courtesy of Bellator MMA) appears above, while the results appear below.