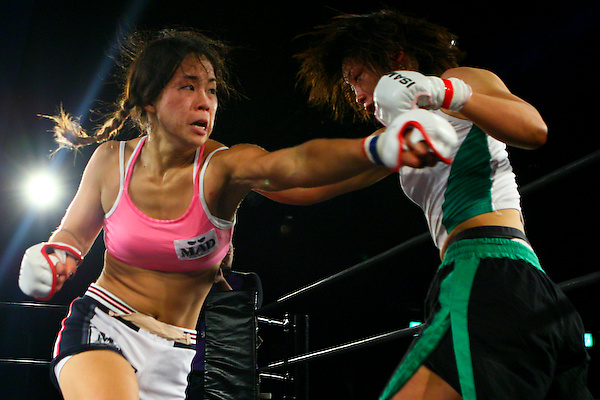 In the evening’s main event, top women’s atomweights Seo Hee Ham and Mina Kurobe clashed for the inaugural ROAD FC atomweight title. Ham made her much anticipated return to her home of South Korea after getting struck with a case of bad luck inside the Octagon. Ham returned to the atomweight division, where she won the DEEP Jewels 48-kilogram title and became a pioneer for women’s MMA in South Korea. Kurobe, 40, won the DEEP Jewels title Ham relinquished for the UFC in her most recent outing, a unanimous decision victory over top Japanese prospect Naho Sugiyama.