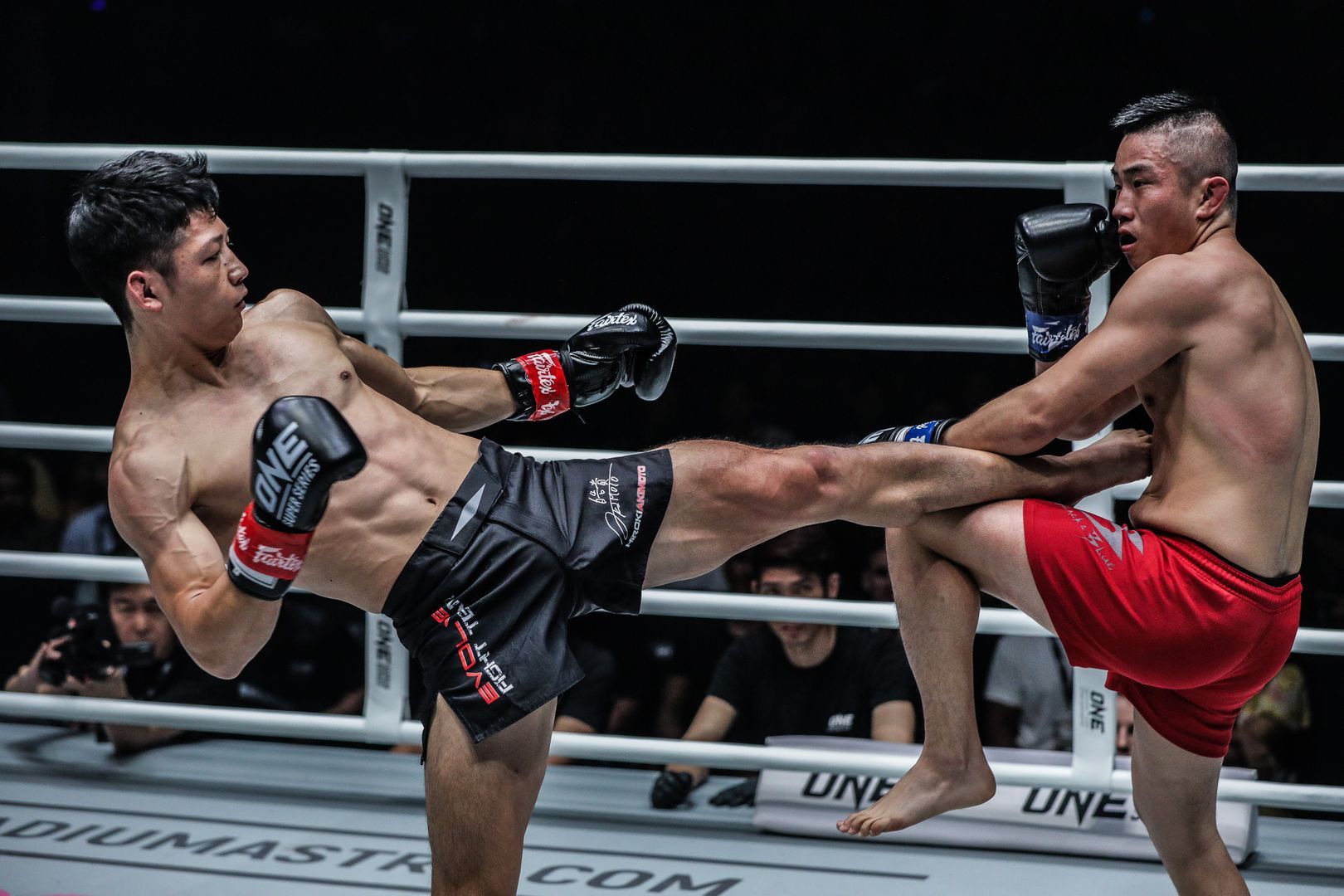 ONE 163: Akimoto vs. Petchtanong Preview and Predictions

Hiroki Akimoto has won five straight fights, and, in his most recent bout, he claimed gold by defeating Capitan to earn the bantamweight kickboxing championship. He has not lost since 2019 and celebrated his 30th birthday just a few months ago. The Japanese stalwart will take on Petchtanong Petchfergus, as he looks to make his first title defense. Petchtanong came away with a unanimous decision win over Zhang Chenglong the last time he fought, which halted a two-fight skid. One of those two losses came against the very man that Akimoto defeated to earn the title.

The co-main event is the culmination of the heavyweight Grand Prix with Roman Kryklia squaring off against Iraj Azizpour. Kryklia earned his place in the finale by stopping Guto Inocente in the first round of their semifinal bout whereas Azizpour came out with a unanimous decision win over Bruno Chaves. This will be the third meeting between the two hard hitting fighters, with each man holding one win so far in the rivalry.

ONE 163 will air in its entirety on the ONE Championship website with the lead card starting at 5 a.m. ET, followed by the main card at 7:30 a.m. ET.

Hiroki Akimoto won the ONE bantamweight kickboxing world championship this past March by defeating Capitan; can he hold off Petchtanong Petchfergus to make a first defense of the belt?

The lazy answer to this is yes, because, if you look at their recent fights against Capitan, Hiroki Akimoto won a convincing unanimous decision whereas Petchtanong wound up on the wrong end of the fastest knockout in ONE Super Series history, when he got absolutely pulverized with a right hand just six seconds into the fight. However, trying to use the transitive property of combat sports just doesn’t work with any regularity at the highest level, and these fighters are clearly both world-class talents.

That’s not to say that I don’t think Akimoto will come away with a win, I do, but I don’t think it has anything to do with how either man fared against Capitan. For me, the difference comes down to which fighter is closer to his peak, and there’s no doubt that Akimoto, at 30 years old, is hitting his physical prime. Whereas Petchtanong is 37 years old and has over 400 kickboxing bouts to his name. That amount of experience has definitely gained him some veteran tricks that can allow him to overcome a slight physical disadvantage against some younger fighters. But in this clash with Akimoto, the physical differences will be too great for any wily tricks and traps to prove useful. Expect this one to go the distance, as Akimoto hasn’t recorded a stoppage in over a decade, but it won’t be particularly competitive. Akimoto retains his title with a unanimous decision victory by a rather wide margin.

The heavyweight kickboxing grand prix winner will be crowned in the co-main event; will it be Roman Kryklia or Iraj Azizpour?

There is nothing better than elite heavyweight kickboxing. This fight is going to be fun, and, unlike many heavyweight mixed martial arts fights, it won’t just be too big fellas throwing haymakers as they try not to exhaust themselves before the first round is over. The current light heavyweight champion Roman Kryklia is going to add another oversized belt to his mantle by earning a second victory over Azizpour and winning the pair’s rubber match.

This fight is going to be different from their first two meetings, because Kryklia will earn a stoppage this time around. Three of his last four wins have come by stoppage, earning a TKO over Tarik Khbabez via the three-knockdown rule, a knockout over Murat Aygun with a body kick that hurt just to watch, and a TKO win over Guto Inocente with a gnarly head kick in the grand prix semifinal. Azizpour will have a substantial size advantage as he typically weighs about 260 pounds when he is in fight shape. Kryklia stands at about 235 pounds. That size advantage will ultimately be a detriment, because Kryklia is going to be much faster, and he will use that speed to sneak kicks under Azizpour’s elbows as the Iranian throws labored punches. Once that forces Azizpour to lower his guard, it will open up the high-kick opportunities, and that is how the fight will end late in the second round as Roman Kryklia collects yet another knockout victory.

Shinya Aoki will be making his 59th walk as a professional mixed martial artist; can he capture a 48th win and defeat Saygid Izagakhmaev?

It is wild to think that Shinya Aoki has been fighting for nearly two decades. He made his professional debut back in 2003 and has fought in nearly every major organization around the world. He has held multiple world titles, including in DREAM and ONE Championship. He lost his last outing in a grudge match against Yoshihiro Akiyama, but he had his moments in that bout before being stopped with strikes. Prior to that, he was on a four-fight winning streak. This is not a good fight for him, though, and it will end poorly for the Japanese mixed martial artist. His opponent, Saygid Izagakhmaev, is over a decade younger, at 28 years old, and he has won both of his fights inside ONE Championship. He is a submission machine, notching 12 of his 21 career wins by submission. Nobody has ever submitted Aoki in mixed martial arts, and he, of course, is a highly decorated grappler. But it wouldn’t shock me to see Izagakhmaev take advantage of an aging Aoki and become the first person to force him to tap.

The lightweight lead card bout between Ahmed Mujtaba and Abraao Amorim. Mujtaba has finished six of his eight pro wins, and Amorim has finished seven of his nine wins. Both men have the ability to get the job done on the feet or on the mat, and these two are both aggressive athletes. Odds are that this one doesn’t go the distance and sets the rest of the night off on a good note for all the action to come.