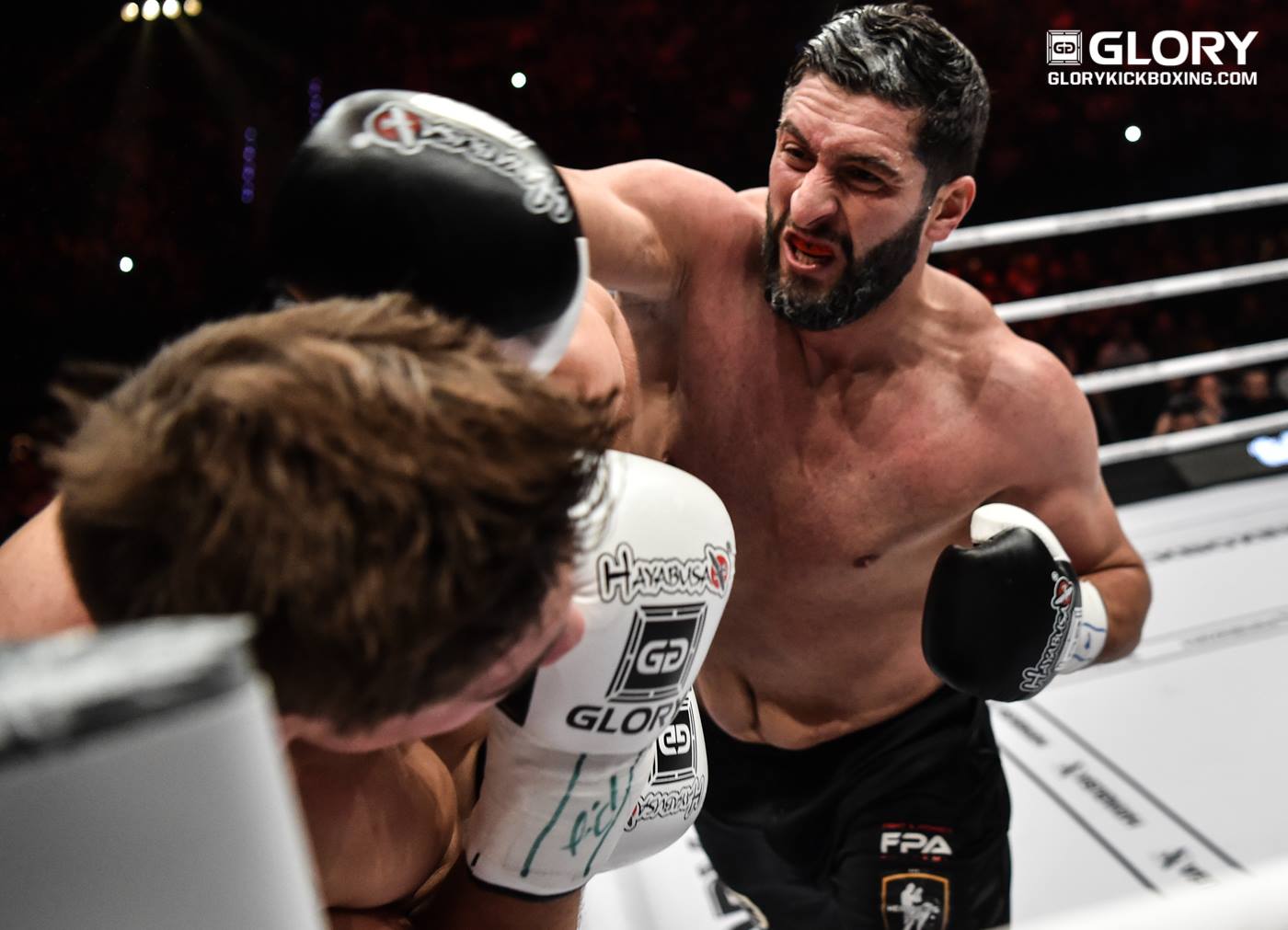 On Saturday, Aug. 20, GLORY Kickboxing will host GLORY 81: Ben Saddik vs. Adegbuyi, live from the Castello Düsseldorf in Düsseldorf Germany.

Eight fights are scheduled for the evening. In the headliner, the Moroccan giant Jamal Ben Saddik will face the Romanian Benjamin Adegbuyi in a heavyweight bout. In the co-main event, middleweight champion Donovan Wisse will attempt to defend his title against Brazilian newcomer Juri de Sousa.

Earlier, it was planned to make another title fight for this event as well. Sergej Maslobojev and Luis Tavares were going to fight for the light heavyweight title, but, unfortunately, Tavares withdrew from the fight, due to personal reasons, a week before the event. Recently, GLORY announced that Maslobojev will fight Tarik Khbabes for the title at GLORY Collision 4 in October. That might be some lost time and resources for Maslobojev now, but, in perspective, it might be even better. Collision 4 will gain much more attention than GLORY 81, which is, sadly, proven to be a low-key event on many betting websites.

However, the tournament will surely get attention from the Dutch and French fans, as some good fighters from both countries are on the card. French-Algerian Nordine Mahieddine is fighting Cihad Kepenek in a rematch of their 2019 bout, which Mahieddine won by split decision. Another anticipated fight is a lightweight-contender fight between France’s Guerric Billet and Bulgaria’s Stoyan Koprivlenski. Both fights will get a lot of attention from the kickboxing community, as those are fights between well-known lads who always give their best. We can also expect good fan support from the Romanians, as Adegbuyi always has his fans in the arena. And, of course, there is a large Moroccan fan base for Ben Saddik, who will loudly cheer for every Moroccan on a card.

The crazy fans are the people who keep kickboxing alive. It is really nice to know that GLORY is organizing at least three more events this year. Surely, Collision 4, with Badr Hari vs. Alistair Overeem III, will receive much attention. Generally, kickboxing is coming back to its roots, keeping popular in the Netherlands, Japan and some other regions.

GLORY may not be as popular on the global stage as the UFC, but the organization has certainly put some top talent into the world’s largest MMA promotion. With the successes of UFC middleweight champion Israel Adesanya, number-one middleweight contender Alex Pereira and eighth-ranked featherweight Giga Chikadze, the UFC has brought a lot of attention to GLORY. The biggest frustration for fans is the frequency of GLORY events.

However, with GLORY 81 comin up tomorrow, we have some predictions. Adegbuyi will likely beat Ben Saddik, due to the assistance of his training partner, and current GLORY heavyweight champ, Rico Verhoeven, who found the key to Ben Saddik’s style. After losing to the Moroccan in 2011, the now-champion has won their second and third fights in Mar. 2017 and Oct. 2021. In the co-main event, Wisse should outclass de Sousa. The Brazilian challenger is an example of the lack of depth in the GLORY roster.

Also on the card, heavyweight Nordine Mahieddine and lightweight Guerric Billet are both set to face experienced fighters, but the Frenchmen are more technical and skilled here, so these fights will probably both go the distance with a slight advantage for Frenchmen.

While the other four fights might not be big names, there is a German fighter in every bout, and two of them are facing Moroccans. Castello Düsseldorf might be very loud from the very beginning of GLORY 81, which kicks off at 1 p.m. ET. That’s what makes kickboxing so exiting. You can’t really feel it just by watching on the TV from the couch. To understand the passion of this sport, it is important to be live in the arena. Below are the picks for the fights: