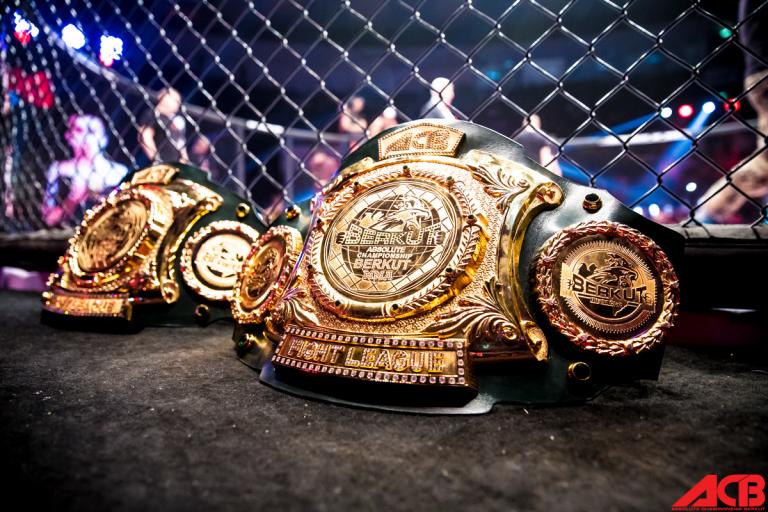 Editor’s Note: The UFC and Bellator MMA were excluded from nomination in this category. This award is intended to recognize other promotions striving to achieve the same level of notoriety.

The tagline of the fastest growing promotion in the world, Absolute Championship Berkut, perfectly describes what the world-class organization is all about. In the fastest-growing combat sports landscape in the world, ACB has set itself apart from the rest of the Russian MMA promotions. Eurasia Fight Nights, M-1 Global and Akhmat Fight have produced tremendous shows with top-level fighters, but as ACB’s tagline suggests, the goal for the promotion is to bring the best fights possible for the fans without the outrageous entertainment provided by EFN and Akhmat.

ACB was founded by Mairbek Khasiev, a doctor and combat-sport enthusiast, who started the promotion headquartered out of the Fight Club Berkut gym in Grozny, Russia. The promotion held its first event on Oct. 20, 2012, in the Chechen Republic. However, the promotion began its numbered events and a push for superiority in the Russian MMA market in March 2014. The company has continued to add events as it dedicated more resources toward growth under the control of president Yaragi Gitaev and vice president Zaurbek Khasiev. ACB held 12 events in 2014, 16 events in 2015 and 22 events in 2016. The promotion held its first international event, ACB 13, on January 31, 2015, at the Orlen Arena in Płock, Poland.

ACB’s 2016 was a banner year for the promotion that featured some of the best fights, knockouts and submissions in any promotion around the world. The 2016 campaign featured 22 events spanning across four countries, including Russia, Poland, Scotland and Georgia. ACB featured more events than any other promotion in the world outside of the world’s top promotion, the Ultimate Fighting Championship and King of the Cage, which has seen a drastic reduction in quality over the past decade. The talent level has continued to flourish under the watchful eye of chief matchmaker Ibragim Ismailov. The promotion housed more fighters than any other promotion in the world outside of the UFC and Bellator in 2016. According to ScorecardMMA, one of the world’s top statistical rankings services for MMA, ACB featured the fourth best ranking in terms of quality fighters and utilization, coming in just behind the Invicta Fighting Championships, the winner of the 2015 Combat Press Promotion of the Year award.

The Russian marketplace has continued to grow and produce fighters on the highest level. Not only has the level of the athletes drastically risen over the past few years, but the top promotions in the country have continuously brought in strong international competition to face the homegrown talent. The addition of talent from around the world combined with the “Youth League,” which is focused on developing homegrown talent with around 130 fighters in the system, there is no coincidence that ACB won the award this year with its continued emphasis on bringing in the best fighters from around the world. Just watch the “Fight of the Year” contenders between Magomed Magomedov and Petr Yan and Yusuf Raisov and Marat Balayev, and it’s not hard to surmise that ACB is one of the very best promotions in the world.

The promotion’s proposed plans for 2017 look to further its success with more than 25 events planned and a larger emphasis on holding international events. ACB is holding its first event outside of the eastern hemisphere when the company brings a stacked show to Irvine, Calif. ACB 51 takes place on Friday, Jan. 13, and features former UFC fighters Thiago Silva, Paul Buentello, Tim Hague and Rodney Wallace, among others. The promotion has announced signings of top fighters Pat Healy, Mamed Khalidov and Luke Barnatt. With a newly re-designed website, emphasis on fighter bonuses, more events and further high-level acquisitions, it’s hard to imagine ACB’s lofty ambitions not finding success as the promotion travels to new markets, including the United States, Austria and England, in 2017.

The promotion’s emphasis on competitive fights between strong fighters, not mismatches to build its own products, shows that its efforts are geared towards building the sport, not the show. The building blocks are in place for Absolute Championship Berkut to continue its success long into the future.