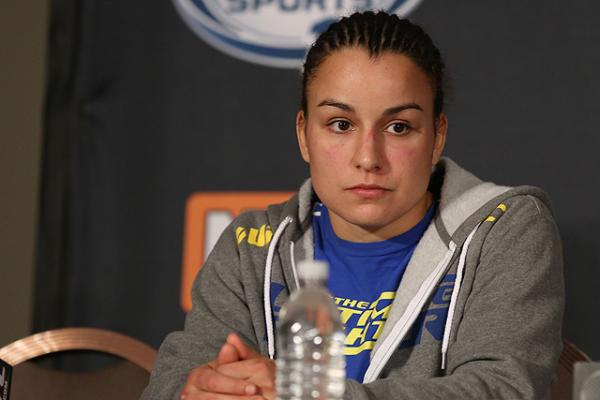 It was a quiet month for the featherweights in November, and it looks to be another quiet month in December. The two stories coming forth are an Invicta FC main event in January and Cindy Dandois falling out the rankings. On Jan. 14, Charmaine Tweet and Megan Anderson will headline the Invicta FC 20 event in Kansas City, likely in a title eliminator match. Dandois has fallen out of the rankings due to multiple fights in a row at 135 pounds. She will continue in that weight class in December, when she fights for Kunlun Fight in China.

The bantamweights had an incredibly interesting month in November filled with title changes, a no-contest, retirements and returns. Tonya Evinger was armbarred out of her Invicta title by Yana Kunitskaya only to have the result overturned due to referee error. Even more out of the blue, Miesha Tate retired from active competition after taking a decision loss to Raquel Pennington at UFC 205. Liz Carmouche returned from a long layoff to best previously unbeaten Katlyn Chookagian at the aforementioned UFC 205. In December, two of the best go at it when UFC champ Amanda Nunes defends against former titleholder Ronda Rousey, who could be on her farewell tour as well. Also, Sara McMann takes on Alexis Davis, who is returning from a pregnancy that caused her to fall from the rankings.

The flyweight division has stayed the course for the last few months, but there has been some activity. Rin Nakai continued her run at flyweight and did so in winning fashion, besting Charlene Watt in Japan. Sarah D’Alelio made her Bellator debut in victorious fashion, besting Jaimee Nievara. In December, the aforementioned Nakai will fight under the Rizin banner against Kanako Murata.

The strawweights enjoyed a fun month of November. Joanna Jędrzejczyk and Karolina Kowalkiewicz went to war for the UFC title, which Jędrzejczyk retained in a classic bout. Her arch-nemesis, Claudia Gadelha, was also victorious, taking out Cortney Casey in Gadelha’s native Brazil. Speaking of native lands, Alexa Grasso made her UFC debut in impressive fashion when she bested Heather Jo Clark in her home country of Mexico. In December, Paige VanZant and Michelle Waterson will headline a UFC on Fox event in California.

The atomweights are ending 2016 in quiet fashion. Amber Brown drops out of the rankings after leaving for the strawweight division. In terms of results, Herica Tiburcio took out fellow ranked fighter Simona Soukupova under the Invicta banner. Currently, there are no ranked fighters going at it in December.