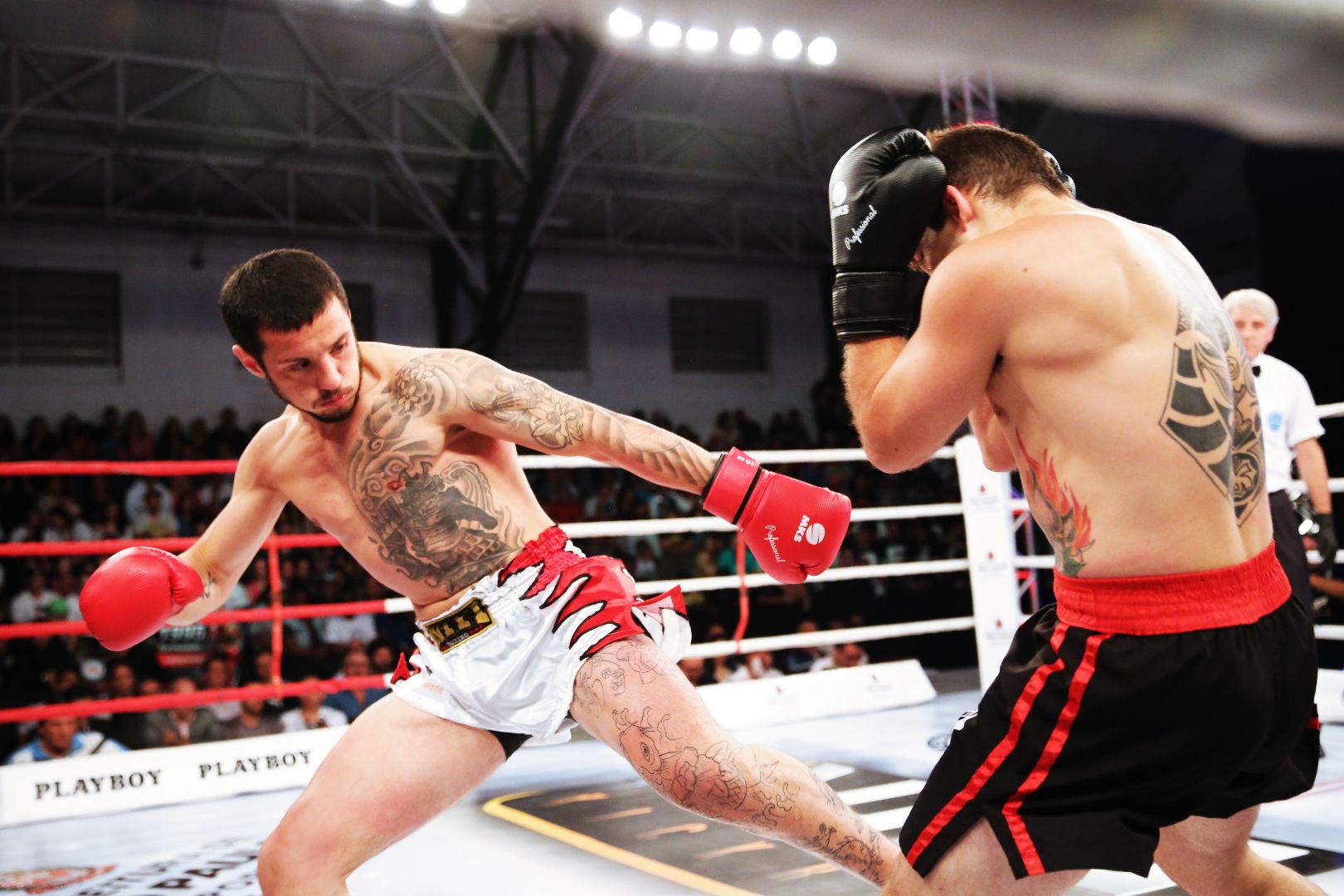 The main event of the evening featured the finals of the 71-kilogram tournament final. The Challenger GP featured four fighters vying for a shot at the title. In the first semifinal bout, Marcelo Dionísio, 27, met Weber “Shrek.” The 25-year-old Shrek has yet to win inside of the promotion. In the other semifinal, Wallace Lopes took on Rafael Texeira. Lopes, 29, holds wins over fellow tournament participants Shrek and Dionísio. The 38-year-old Texeira returned to the ring after a knockout win over David Silveira at WGP 26.