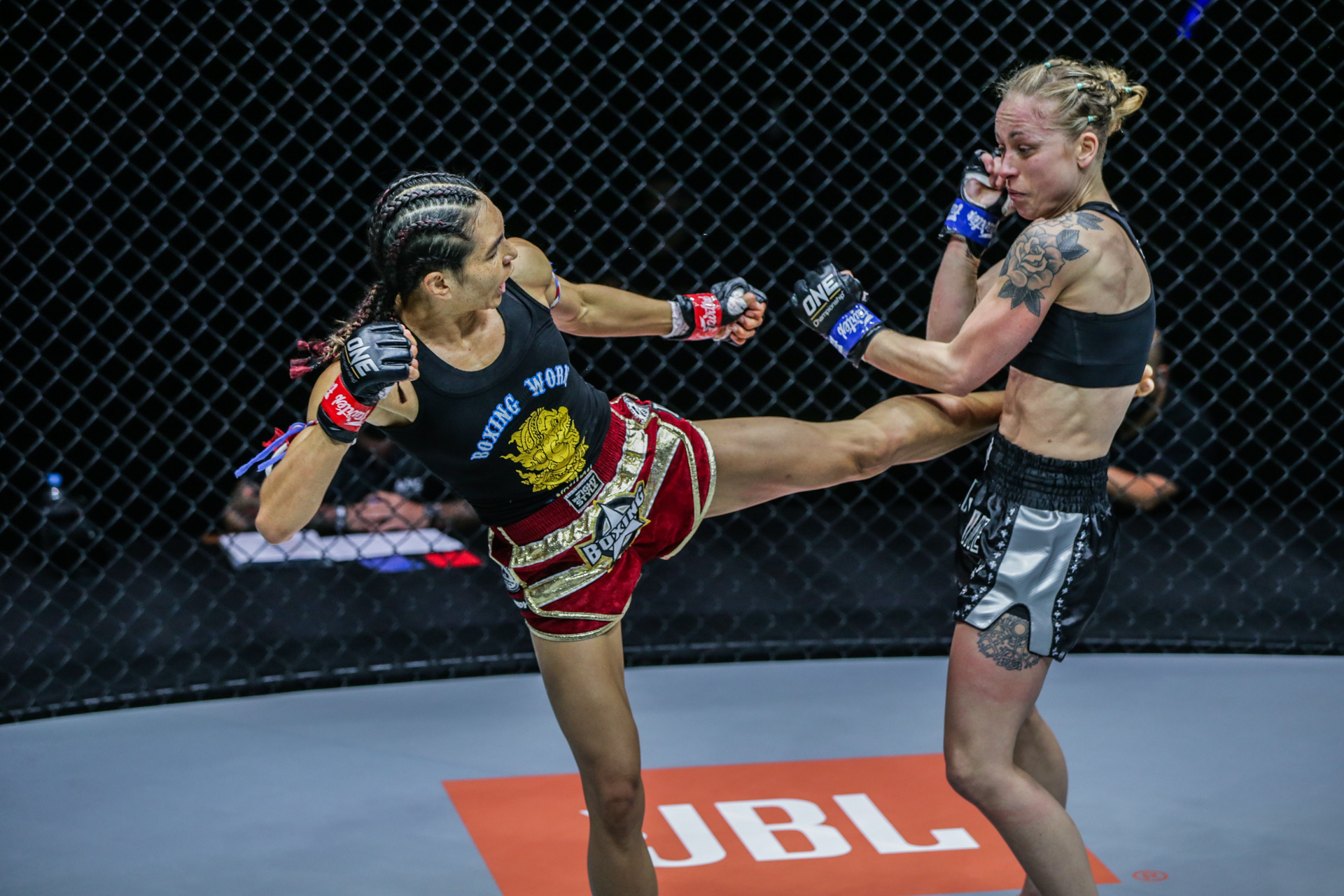 Rodrigues began her Muay Thai training in her native Brazil, and after going undefeated as a teenager, she moved to Thailand to expand her training and fighting experience. She eventually compiled a record of 30-5, including winning the Ayutthaya Pink Belt in Mar. 2019. Now a representative of Phuket Fight Club, she made her ONE debut against then-champ Stamp Fairtex in Aug. 2020, and the Brazilian upset the champ by majority decision.

Since winning the title, Rodrigues has been on a leave of absence, having had a son in Sep. 2021. Since then, the California native Todd has been on a quest to make a second run at the atomweight Muay Thai title.

Todd faced Stamp in Feb. 2019 for the inaugural ONE atomweight Muay Thai strap, but the American came up short in that bid. This was also her promotional debut. Todd would go on to win two kickboxing bouts and one Muay Thai bout in the remainder of 2019, before facing Stamp again in Feb. 2020, only this time for the atomweight kickboxing title. Todd came out on top in that one by split decision, took the strap, and got right back on the road to Muay Thai glory.

After Todd won back-to-back Muay Thai bouts only a month apart in Mar. and Apr. 2021, she was ready to challenge for the Muay Thai title, and a chance at being the second two-sport atomweight champ, but Rodrigues was not yet ready to come back. Both ladies remained in waiting, and the promotion put together an interim title atomweight Muay Thai title bout in Jul. 2022. After a hard-fought, five-round war with Spain’s Lara Fernandez, Todd came out on top, and this put her next in line for a shot at the champ.

On Friday, Dec. 20, live at ONE on Prime Video 5, Todd and Rodrigues will face off to unify the atomweight Muay Thai title. However, it should be noted that there is another challenger lying, somewhat impatiently, in the wait – and, rightfully so.

French-Algerian kickboxer Anissa Meksen entered the ONE Championship fray after a long reign as the GLORY super bantamweight champion, and she currently sits at 3-0 in the promotion. She is 103-5 overall in her kickboxing record, and has held several other titles throughout her career. Some pundits and fans feel that the promotion has kept Meksen on ice for the first year of her career, giving her lesser opponents, but, after three dominant wins, including one last weekend, it is certainly time for her to get a crack at the winner of the Rodrigues-Todd bout.

While Meksen is definitely the top contender for the ONE atomweight kickboxing and Muay Thai titles, the two current champs will need to first meet on ONE on Prime Video 5, and, regardless of the outcome, Meksen will likely be the next challenger to one of the two titles, if not both.