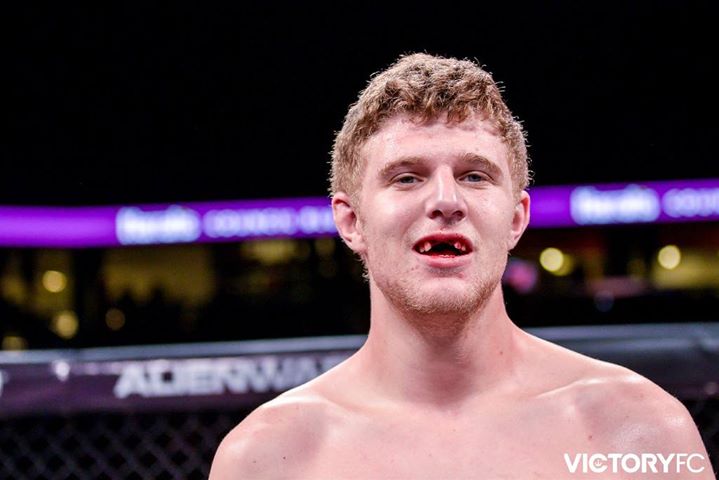 Combat Press May 6, 2016
WARNING: the above video contains graphic imagery that may not be suitable for all viewers.

In the night’s main event, well-traveled veterans Dakota Cochrane and Valdir “BBMonstro” Araujo locked horns. The 29-year-old Cochrane entered the contest riding a five-fight winning streak, including a third-round submission finish of Jake Lindsey at VFC 47 in January. BBMonstro was making his promotional debut and hoped to build off the momentum of an ankle-lock finish of Victor Moreno last November.

The preliminary card portion of the event featured an amateur clash between Zach Hughes and Austin Crist. During a clinch sequence, a series of knees from Hughes dislodged three of Crist’s teeth. Above is footage from the fight, showing the damage.