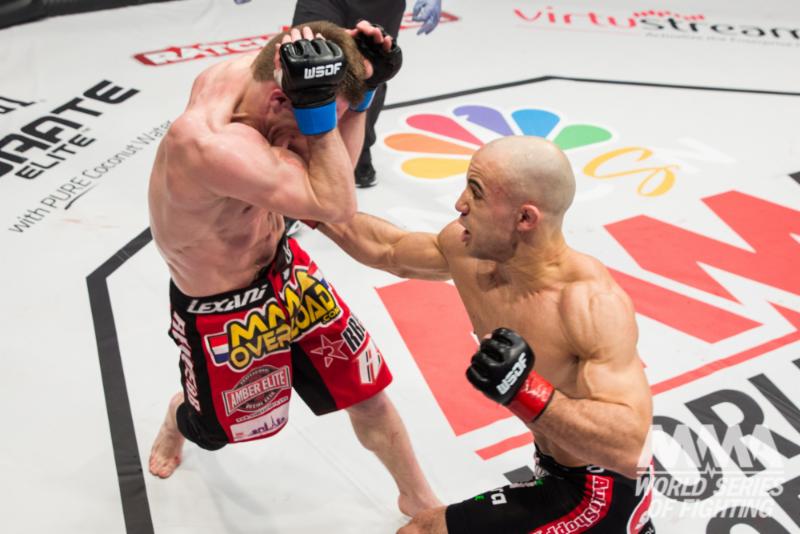 On Saturday, Feb. 20, World Series of Fighting will host its 28th event from the Next Level Sports Complex in Garden Grove, Calif. The event will be co-promoted with Californian promotion BAMMA USA.

In the night’s main event, the promotion’s bantamweight champion, Marlon Moraes, looks to defend his 135-pound strap for a third time as he takes on Joseph Barajas. The 27-year-old Moraes has won eight straight fights inside the WSOF cage, extending his winning streak to 10 straight. The Brazil native was last in action in August, submitting Sheymon da Silva Moraes via rear-naked choke at WSOF 22. Barajas, meanwhile, makes his second appearance for the promotion. The California fighter stopped Erik Villalobos at WSOF 25 in November. It marked his 12th win in 13 career outings.

The co-main event also features action in the bantamweight division as Dagestan native Timur Valiev welcomes Chris Gutierrez to the promotion. Valiev enters the contest riding a 10-fight winning streak, including four straight under the WSOF banner. The 26-year-old was last in action at WSOF 23, edging Tito Jones on the scorecards. The Bellator MMA veteran Gutierrez will step into the cage with the momentum of a six-fight winning streak. Five of his eight career wins have come via strikes.

The preliminary card kicks off live below at 6:45 p.m. ET. The main card will be broadcast on the NBC Sports Network at 9 p.m. ET. Additional postlim action continues below at 11:45 p.m. ET.