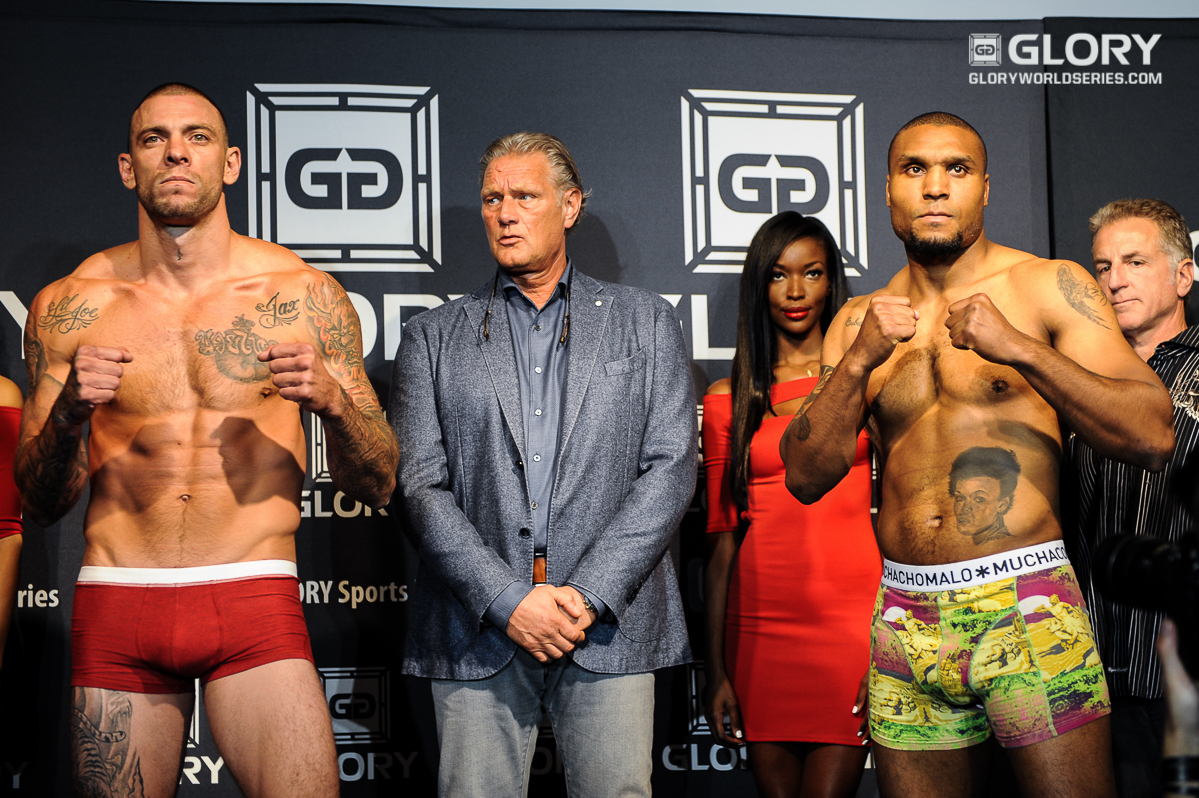 On Thursday, Oct. 8, GLORY held the weigh-ins for its 24th event, which will take place Friday, Oct. 9, from Magness Arena on the University of Denver campus.

The action kicks off Friday with a local undercard at 6:30 p.m. ET. The night’s SuperFight Series begins at 8:30 p.m. ET, with the televised main card airing live on Spike TV at 11 p.m. ET.

For the full results and video of the weigh-ins, click here.

Below is photo gallery shot by Phil Lambert of Combat Press for GLORY World Series. Click an image for a larger version.