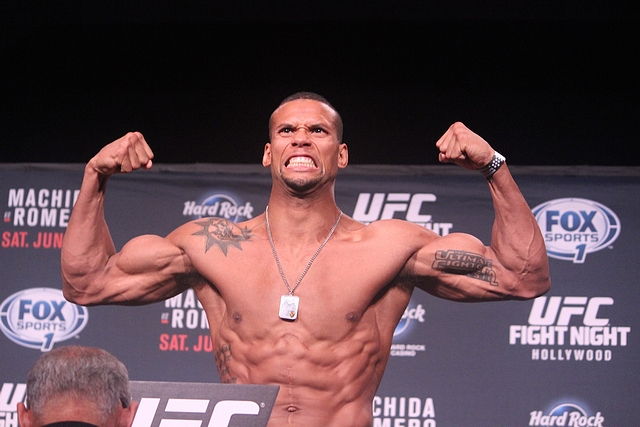 On Saturday, June 27, the UFC hosted UFC Fight Night 70: Machida vs. Romero from the Seminole Hard Rock Hotel and Casino in Hollywood, Fla.

In the night’s main event, former light heavyweight champion Lyoto Machida aimed to re-establish himself as a middleweight contender as he took on Cuba’s Yoel Romero. Machida looked to bounce back from his second-round submission loss to No. 1 contender Luke Rockhold in April. Romero, meanwhile, had yet to taste defeat inside the Octagon. The wrestling stalwart had reeled off five straight wins to climb the 185-pound ranks.

Above are video highlights of the main-card fight between Thiago “Marreta” Santos and Steve Bosse (courtesy of the UFC).