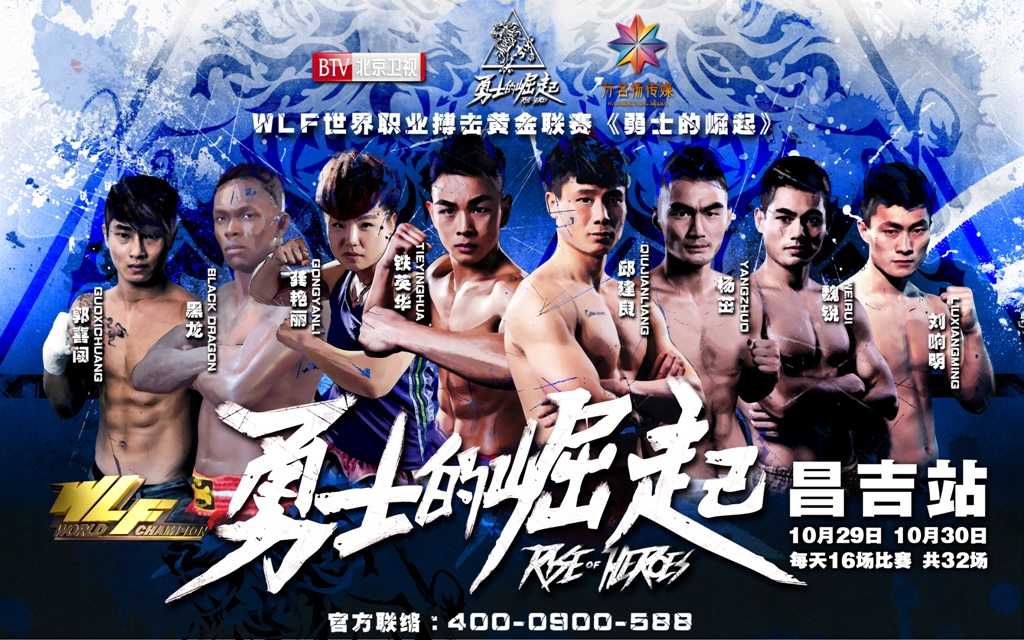 One of kickboxing’s biggest promotions, the World League of Fighting (WLF), continues to push forward with its newest brand of combat sports, Rise of Heroes.

The kickboxing organization, which was established in the United States, currently consists of two brands operating out of Zhengzhou, Henan, China, under the Beijing Wanmingyang Media group. The top brand, Glory of Heroes, is the sanctioning body’s premier showcase for many of China’s top kickboxing talents. The last event, Glory of Heroes 5, featured some of the world’s top fighters, including Israel Adesanya, Qiu Jianliang and Ilias Bulaid.

The second brand, Rise of Heroes, was created with the purpose of developing up-and-coming fighters in the growing Chinese marketplace. Rise of Heroes was introduced this past September with Rise of Heroes 1, featuring Wei Rui, Adesanya and Jianliang. The WLF brings another solid card and four more one-night tournaments for its third installment in the Rise of Heroes brand. The event is scheduled for a delayed broadcast on Beijing TV in China.

In the evening’s main event, one of China’s best kickboxers, Tie Yinghua, meets Thailand’s Tepthanee Winai. Yinghua recently claimed victory at Glory of Heroes 4 in August. Yinghua, 23, has won 36 of his 41 bouts, with 13 victories by way of knockout. The 25-year-old Muay Thai champion Tepthanee has 316 victories and 45 defeats in his illustrious career.