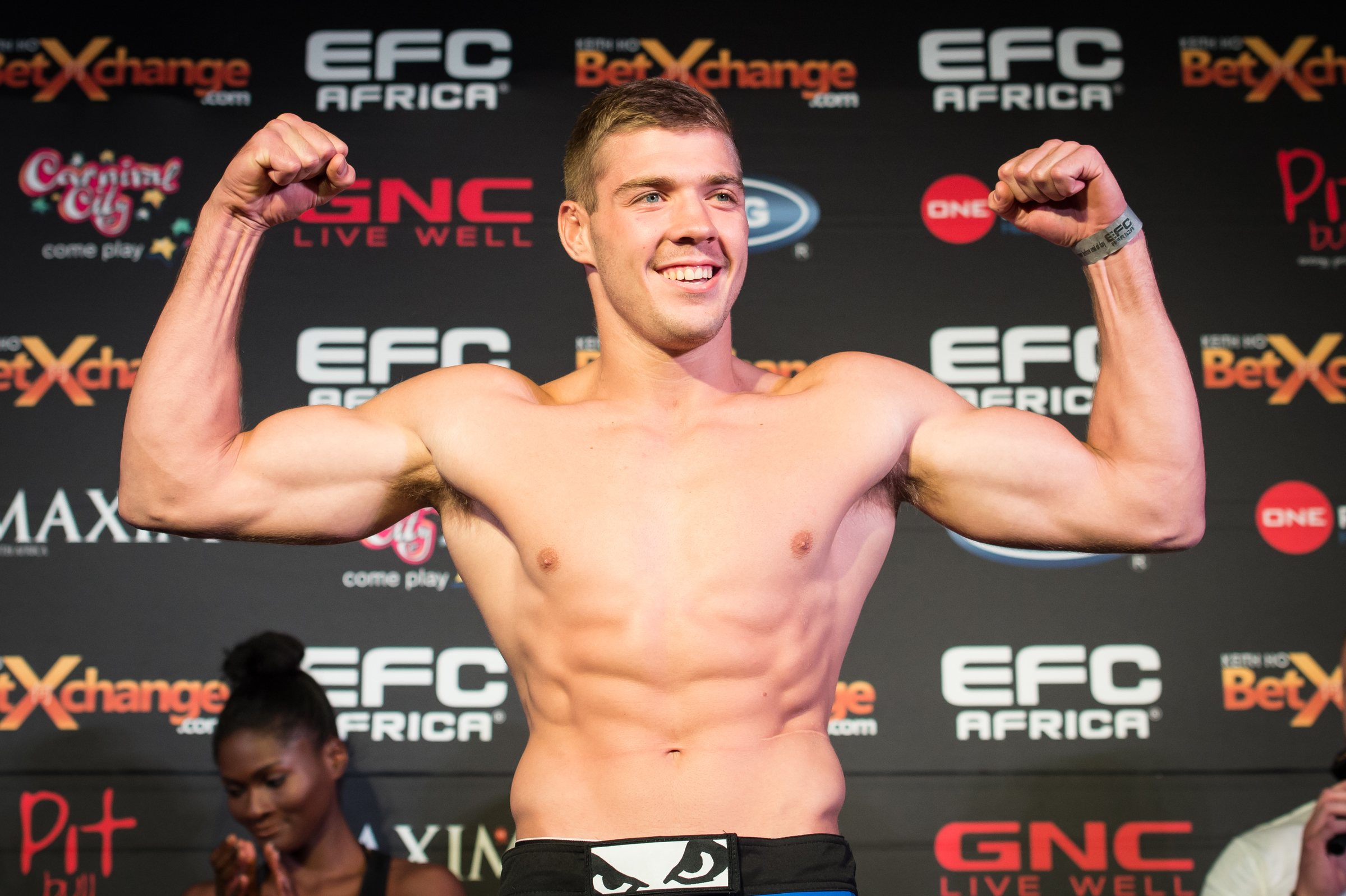 Bagattin will look to assert himself back into title contention with his first fight inside the Hexagon for 2015. The former welterweight champion last competed at EFC 36 where he scored a second-round TKO victory over Gordon Roodman. Bagattin has been competing under the EFC banner since EFC 1.

Du Plessis heads into the fight with Bagattin eyeing his own shot at the welterweight champion. His only loss inside the Hexagon came at the hands of current UFC fighter Garreth McLellan when the pair met at EFC 33 with the EFC middleweight title on the line. Du Plessis bounced back from the loss with a first-round submission victory over Darren Daniel earlier this year.

In the co-main event, former EFC heavyweight champion Ruan Potts makes his return to the promotion after a three-fight stint in the UFC. Potts will meet Frenchman Cyril Asker, who made his EFC debut at EFC 37 and earned a unanimous decision over Ricky Misholas.

EFC 40 kicks off Saturday with the preliminary card at 16:15 CAT.

*Pretorious missed on the first attempt.
** Feiteira was given two hours to make weight