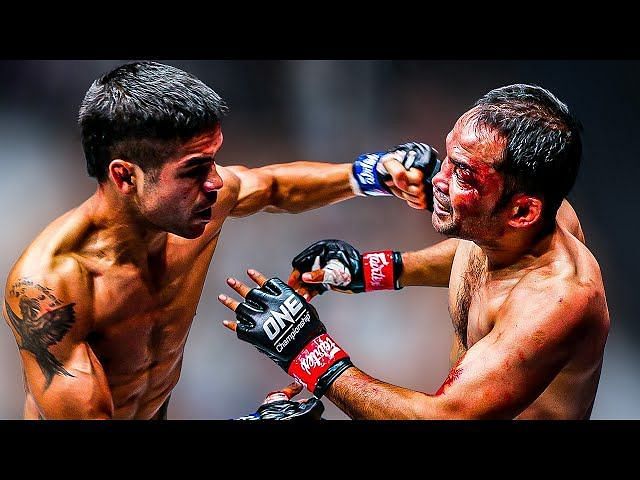 Danial Williams Discusses His Bout with Zelang Zhaxi at ONE 159

Aussie-Thai dynamo Danial Williams arrived on the global stage of ONE Championship in 2021 and instantly made a name for himself thanks to his debut firefight with ONE flyweight Muay Thai champion Rodtang Jitmuangnon.

The 29-year-old has since followed that up with a couple more exciting performances inside the ONE Circle, and he is quickly becoming known as one of the most action-packed athletes in martial arts, period. And he’ll bring that excitement back to the ONE Circle when he returns for a strawweight mixed martial arts showdown against Zelang Zhaxi on Jul. 22, at ONE 159: De Ridder vs. Bigdash. The bout will be his third of the year. And the quick turnaround came as a bit of a surprise – even to him.

“I will admit, I was a bit shocked,” Williams told ONE. “I never expected it to be in July, felt it would have been sometime later this year.

“To be honest, in my last fight, you know, looking back at it again and looking back at the performance; I wasn’t too happy about it. So, it’s good that I can get back straight in there, work on the things I need to improve, and show a more skilled game plan this time around.”

Having studied the Chinese athlete, Williams has been preparing his takedown defense just in case Zelang is relentless in his attempt to take the bout to the mat. But the Aussie is also not discounting his upcoming rival’s standup.

“From what I’ve seen, he’s quite quick, and he can throw his combos together,” Williams predicted. “So, I’m expecting him to showcase very slick boxing. But I think when he’s throwing those power shots against me, he’s going to be frustrated, and that’s when he’s going to want to shoot for the takedowns.”

Although known for his Muay Thai stylings, “Mini T” has been training all facets of martial arts as he splits time between the two sports. He admits there are negatives to not dedicating himself to one specific area, but the results have spoken for themselves inside the ONE Circle. And according to the strawweight star, there are also advantages to focusing on both.

Williams believes it keeps him hungry, and he wants to satisfy that appetite all over the world. He plans to travel to South America to improve his ground game as he eyes the top-end of the division and a future run at the gold.

“That’s something I really need to work on,” Williams said. “Otherwise, I’ve got some contacts as well in Brazil. I would love to go there, spend a couple of months there; train three times a day. At some point, maybe next year.

“During my Muay Thai career, I’ve always gone to Thailand to work on my craft, and my game improved. It was a good life experience as well. And I loved training in those conditions. But in Thailand, it’s just training, eat, sleep, repeat, you know. I think if I fight [Joseph] Lasiri, I’d go to Thailand to train. And for BJJ, I think I’d love to head to Brazil too, just to indulge in the art.”

With another victory under his belt at ONE 159, “Mini T” sees ranked opponents in his future, but he is stopping short of calling anyone out just yet. The dual-sport wonder is still testing the waters of his all-around skill set, and he plans to take his time developing the necessary skills to compete against the upper echelon of the division.

“I see myself somewhere in the top 10 for sure,” Williams said. “I’m not going to be a hero and say I want to fight the ranked guys because I honestly feel these six months will be a good test for me to gauge my MMA skill set.

“I won’t get too ahead of myself in MMA, but I just want to focus on getting better and see how I perform in this fight before fighting the next guys. I respect the top five; they’re all very good. I hope I carry on, putting on entertaining fights, so that the guys in the strawweight MMA division will be willing to fight me.”

Williams kicks off the ONE 159 main card on Friday, Jul. 22. The action begins with the lead card at 6 a.m. ET on ONE’s website.